The Day After Doomsday - project info

We teamed up with the Eternal Optimists and created an experimental online project through which, we got to get people from over the globe to act and be our collaborators just by having to do something very simple, to use Instagram.
The project was based on the doomsday theory that the world would end on the 21st of December, 2012. Participants had to capture with Instagram something important for them that would like to be saved after the End. After a draw, three lucky participants got some very cool presents for their work.
We launched the project on the 13th of December, 2012. Even though the contest part of the project ended after about a month, the world fortunately didn’t, so we have kept the project going. The result (so far) was that more than 300 photos were uploaded on the page. The project is still live. You can upload a new image or just type the #thedayafterdoomsday hash-tag as a comment in one of your old Instagram photos. The project is awarded with a merit at Greek Graphic Design Awards (ΕΒΓΕ) 2013, on the Miscellaneous Digital Applications Category. 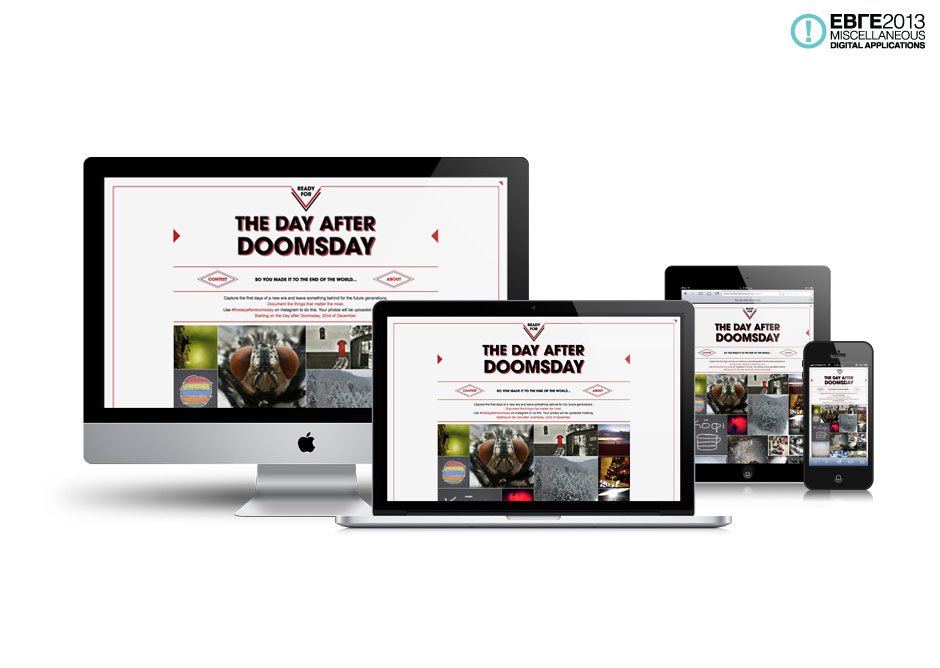 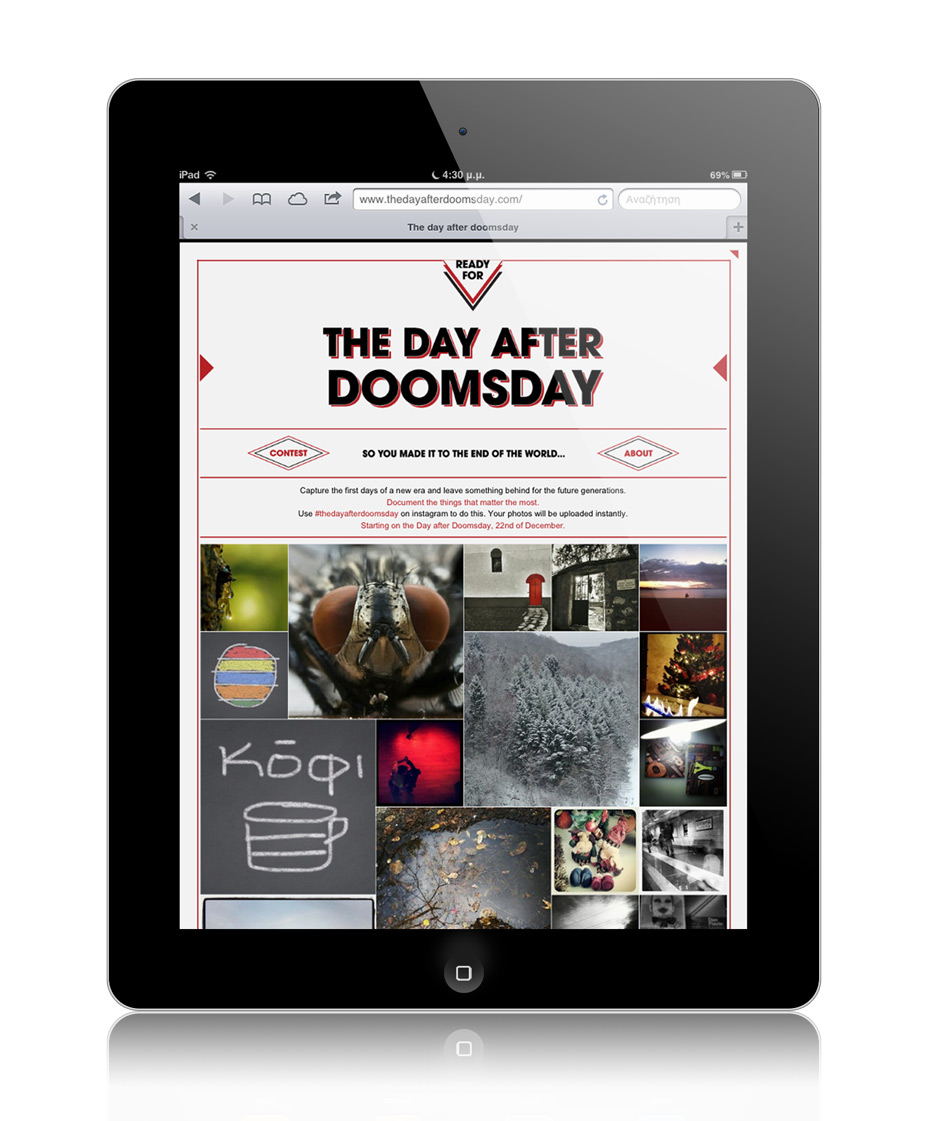 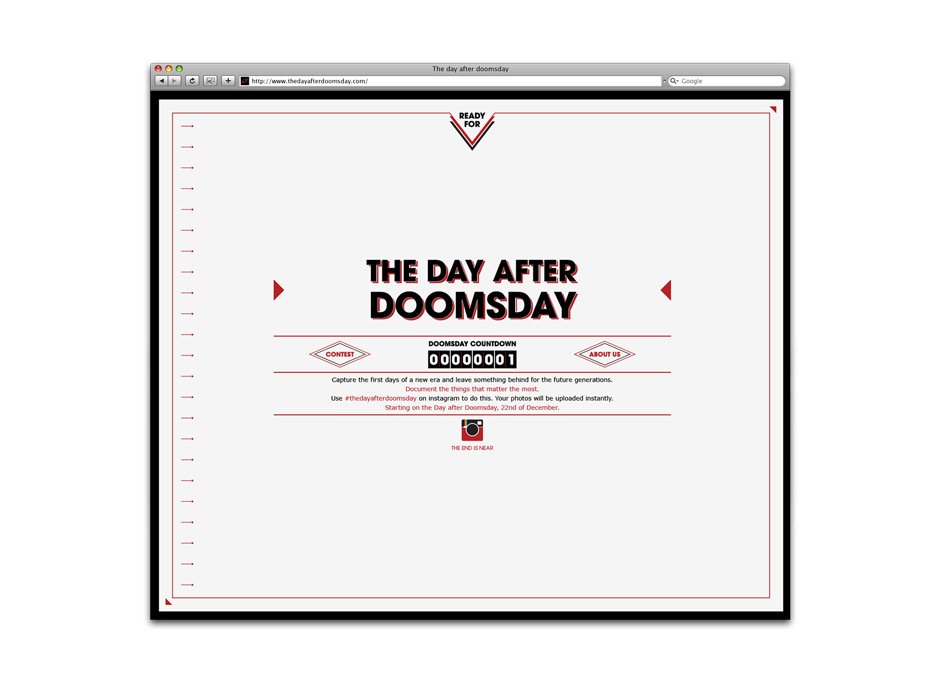 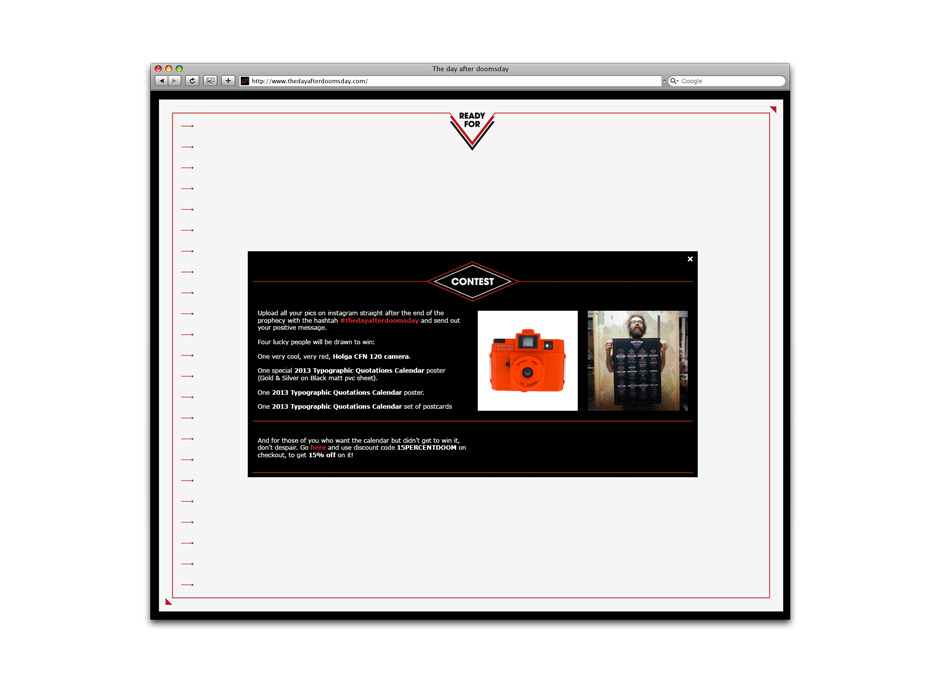 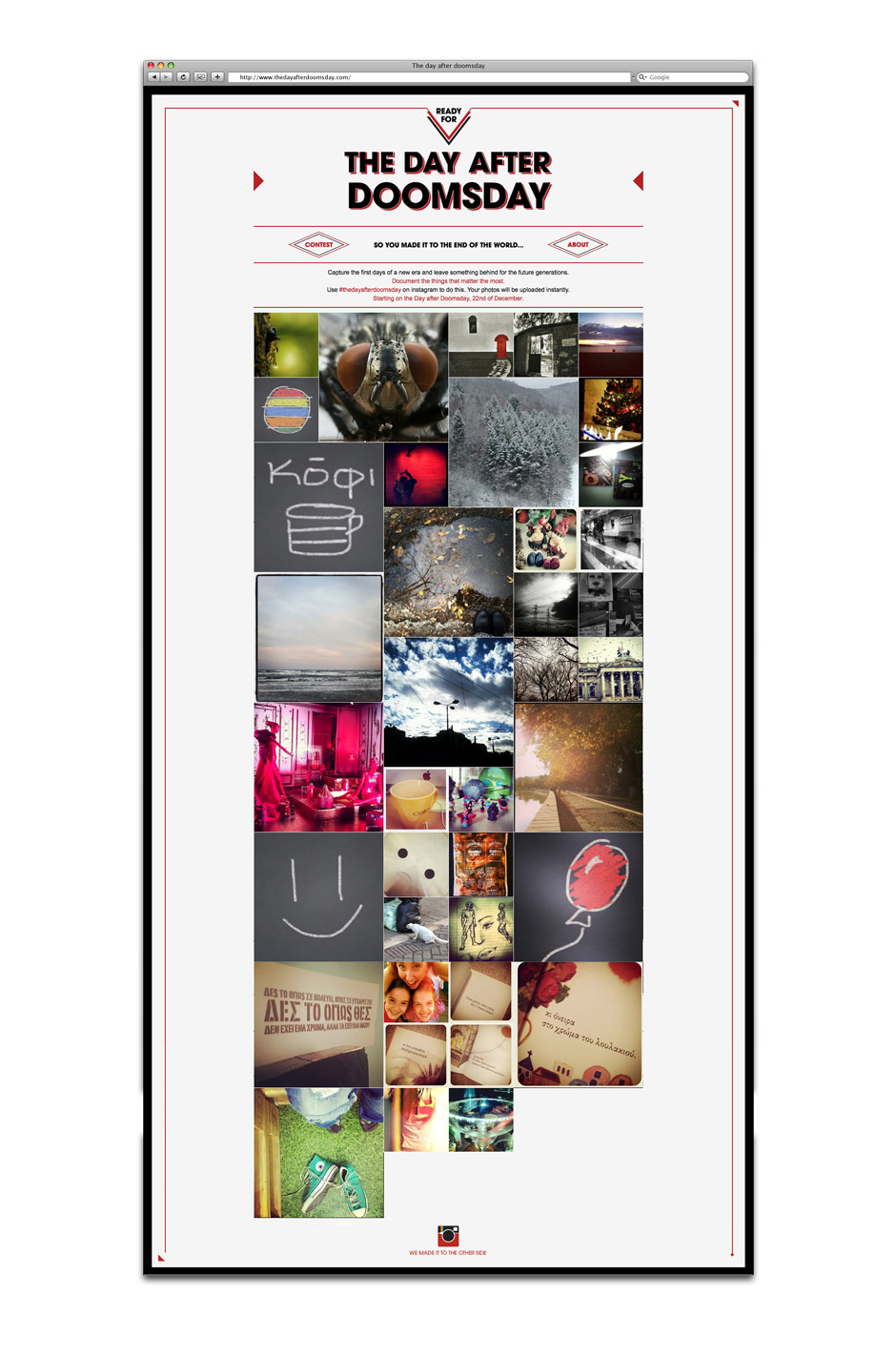 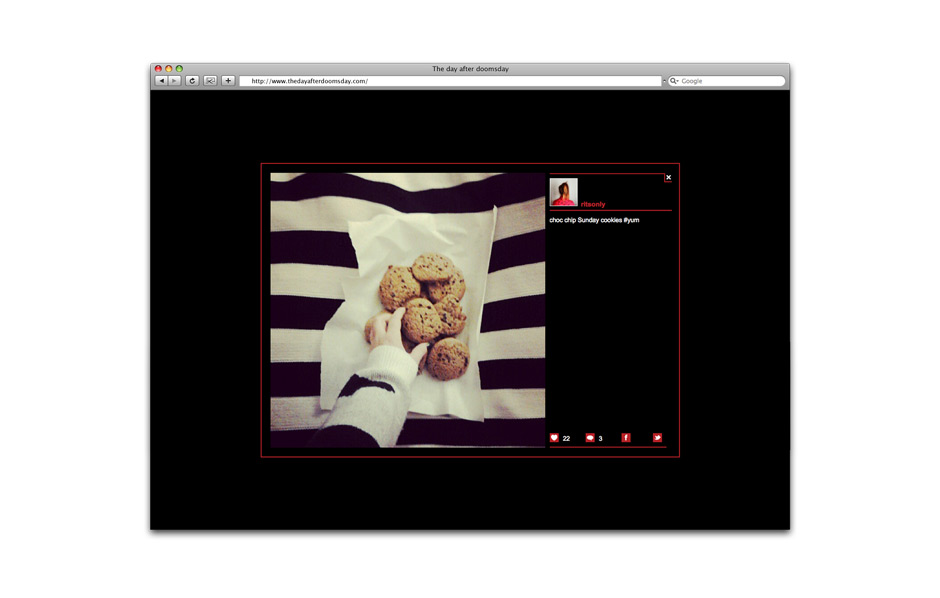