One week. twenty eight movies in two cinemas. Freecinema.gr‘s film tribute is getting bigger every year. For 2017 the theme was “Double Feature”, two projection beams that are crossed in each poster. So for every single day in each cinema we had one poster for two movies that are theme related (e.g. comedies), making 14 different posters in total using as always FC Cinematica font that we designed back at 2012. Each cinema had a unique color combination cold vs’ warm (blue to green and yellow to red) in order to keep things as unique as possible. A small animation was also created to make things move. We’ve also designed posters for the same film tribute for 2012-2015 and 2016. 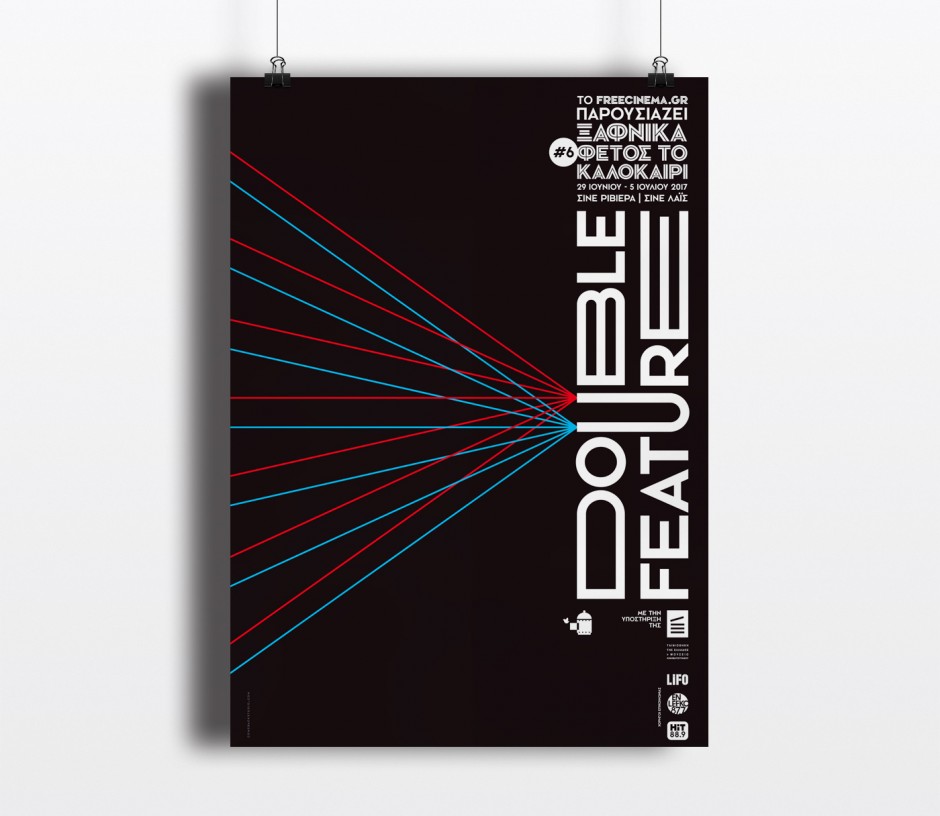 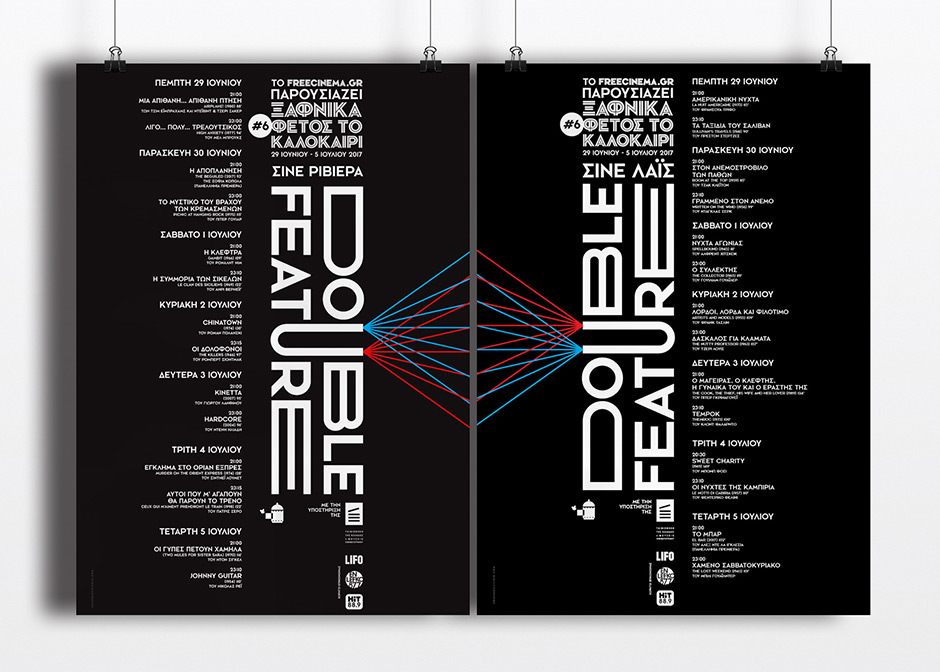 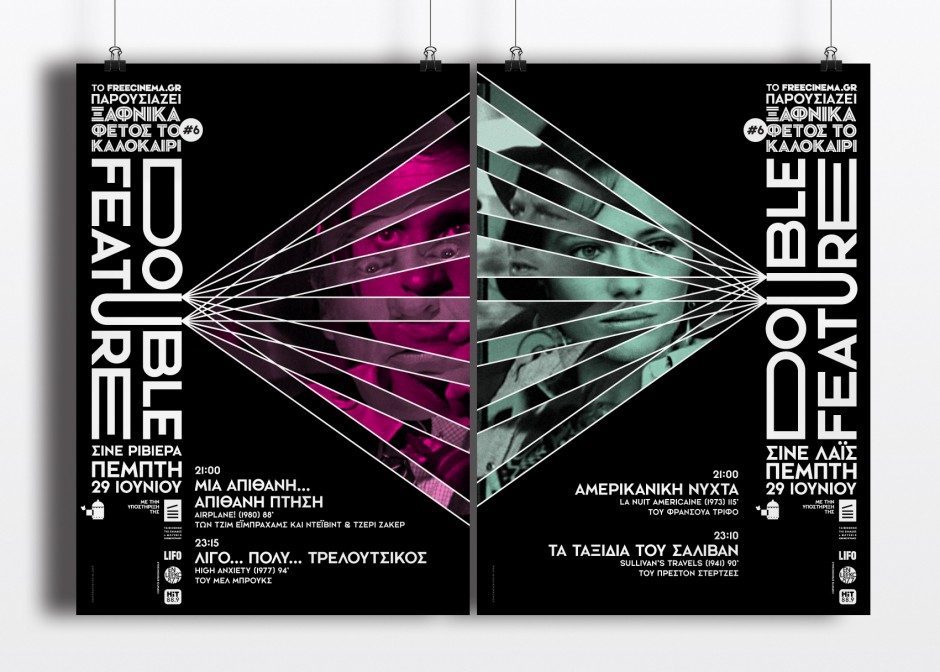 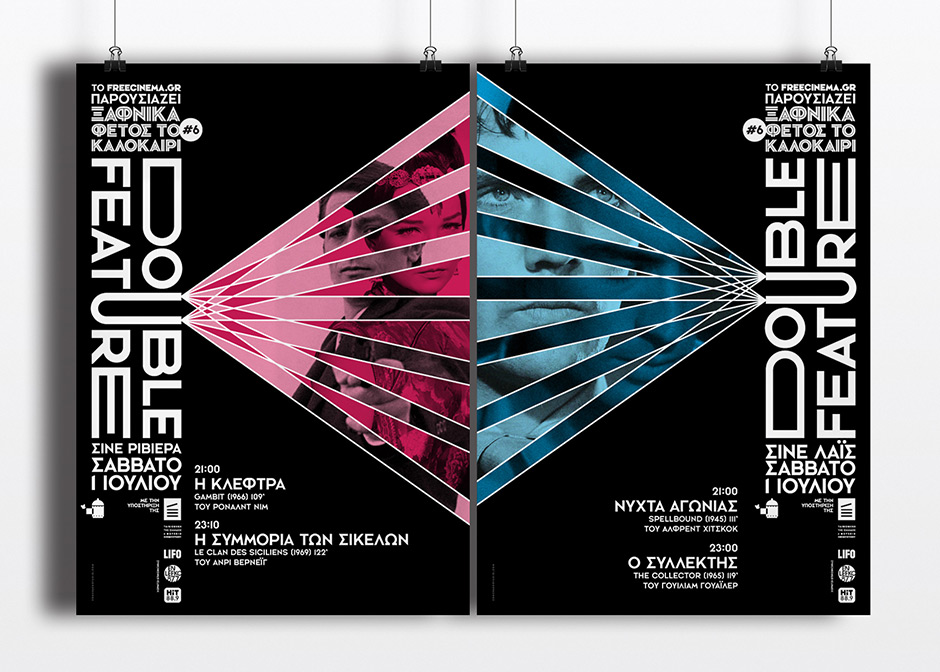 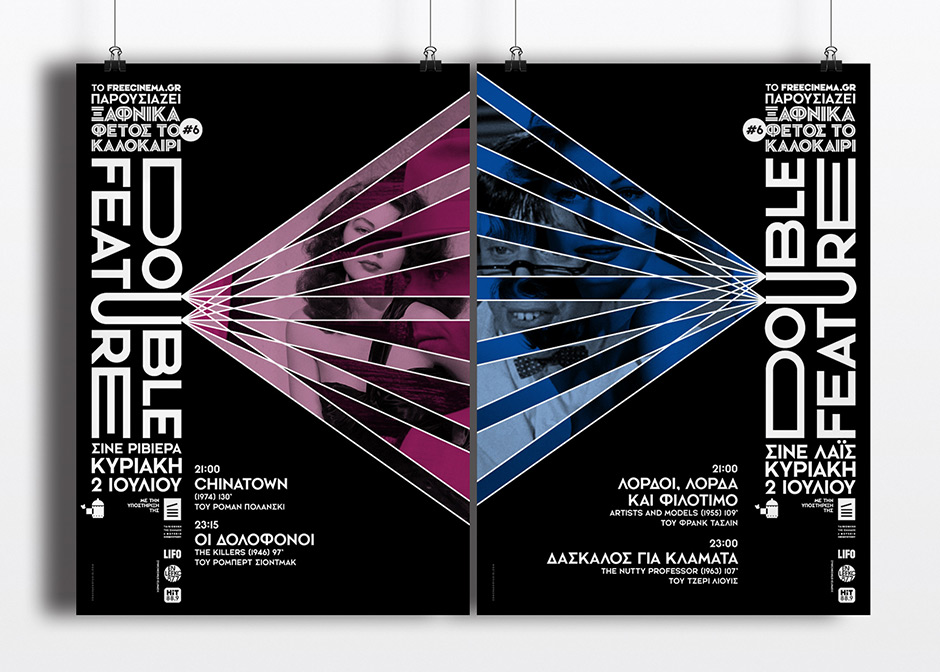 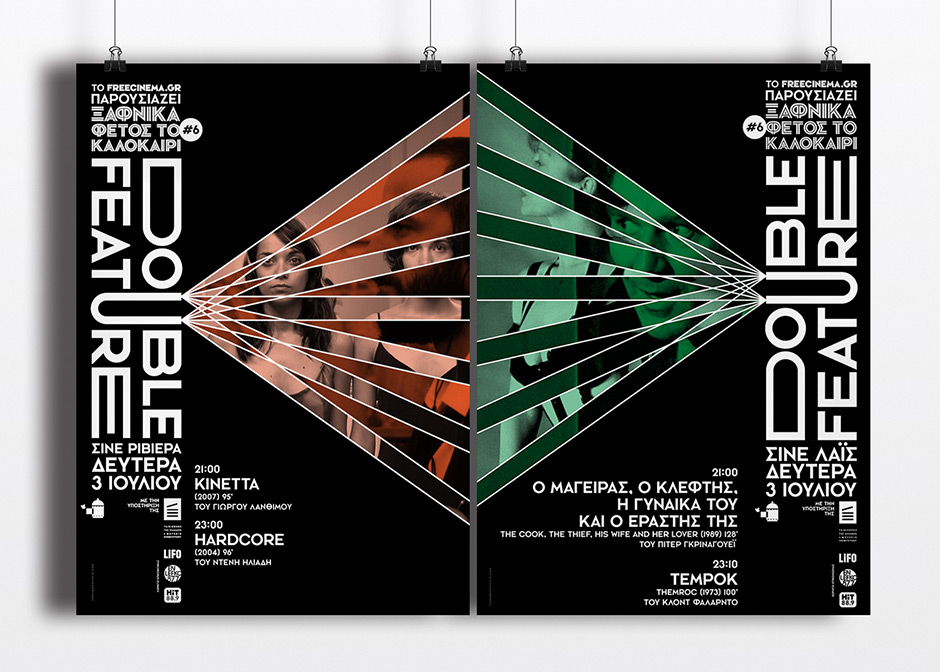 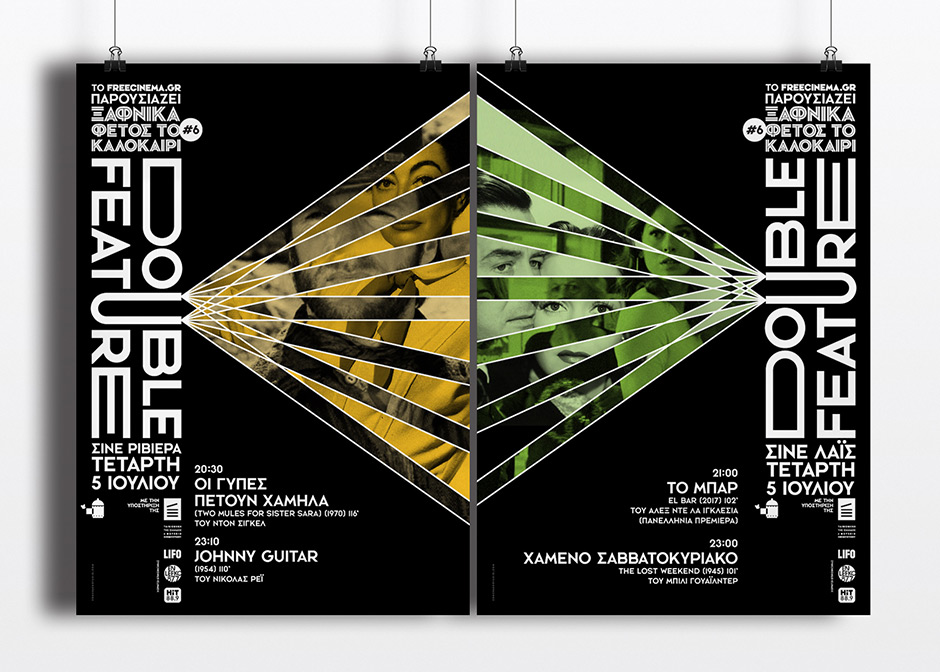 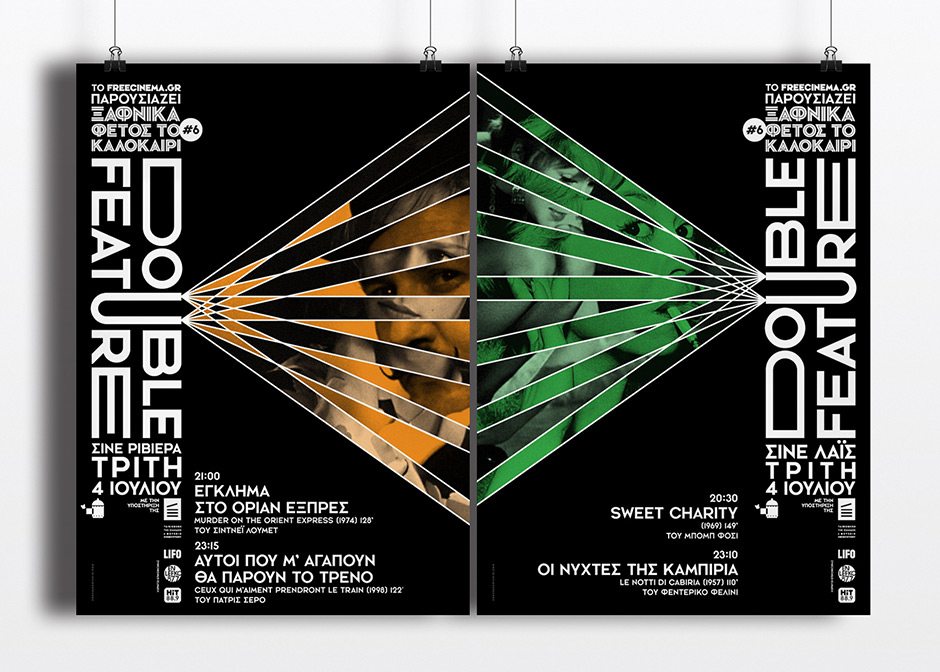