One week. Fourteen movies, fourteen film posters, all about summer. The concept for the design of the movie posters, this year was, to design simple geometric compositions with high contrast. To have a classic – silkscreen feel to them. Monotone pictures, two color, geometric shapes and the free cinema’s custom typography, FC Cinematica. All of the film posters are used in social media, and also inside the cinema. That’s the 5th film tribute in a row, we’ve also designed all the film posters in the past. 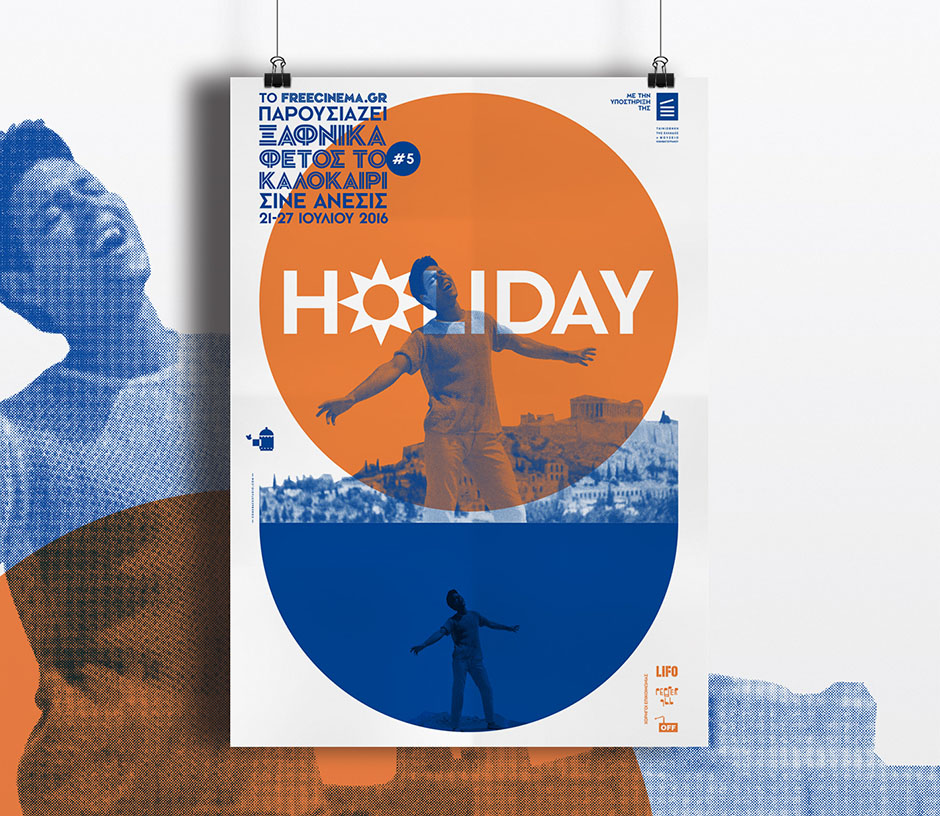 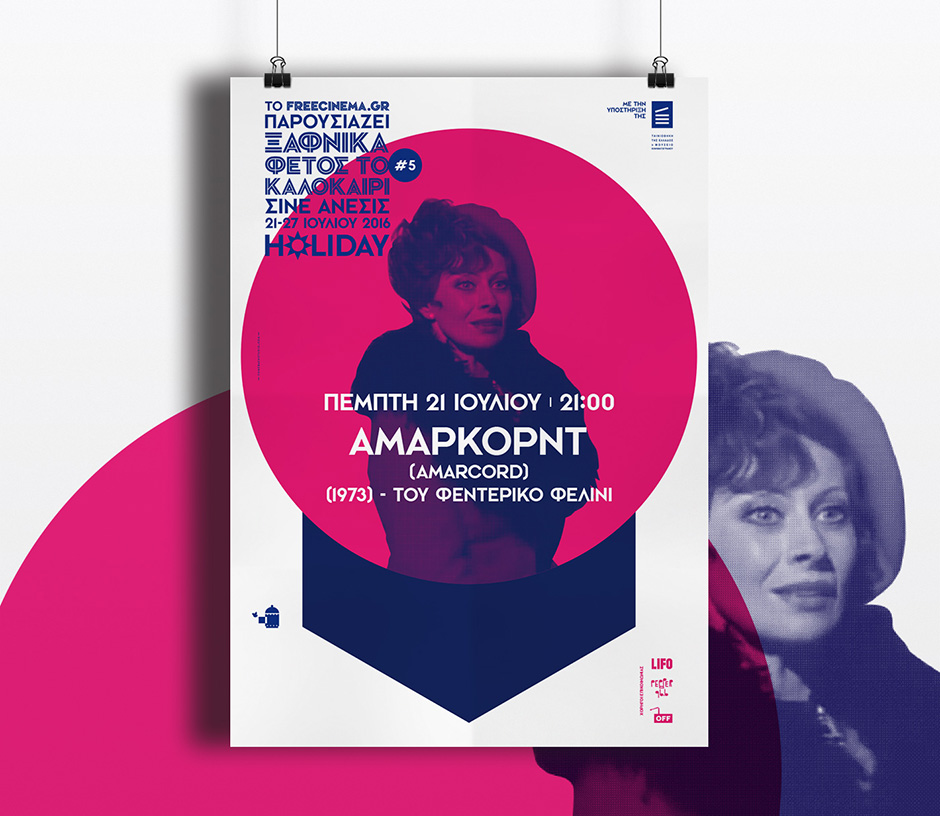 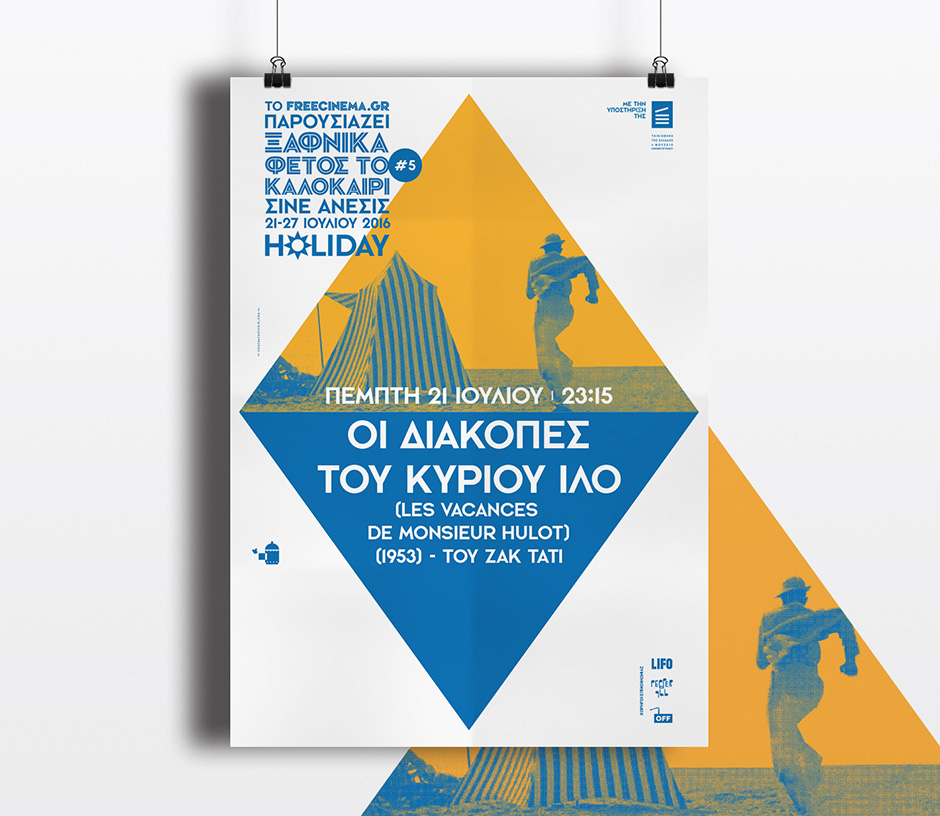 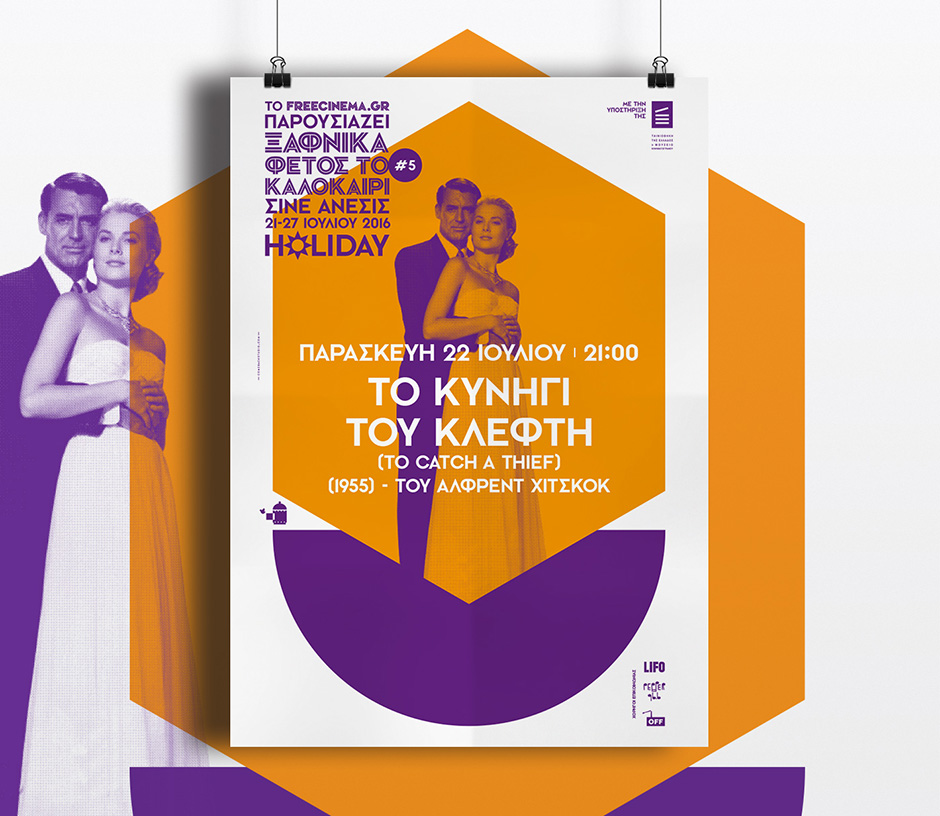 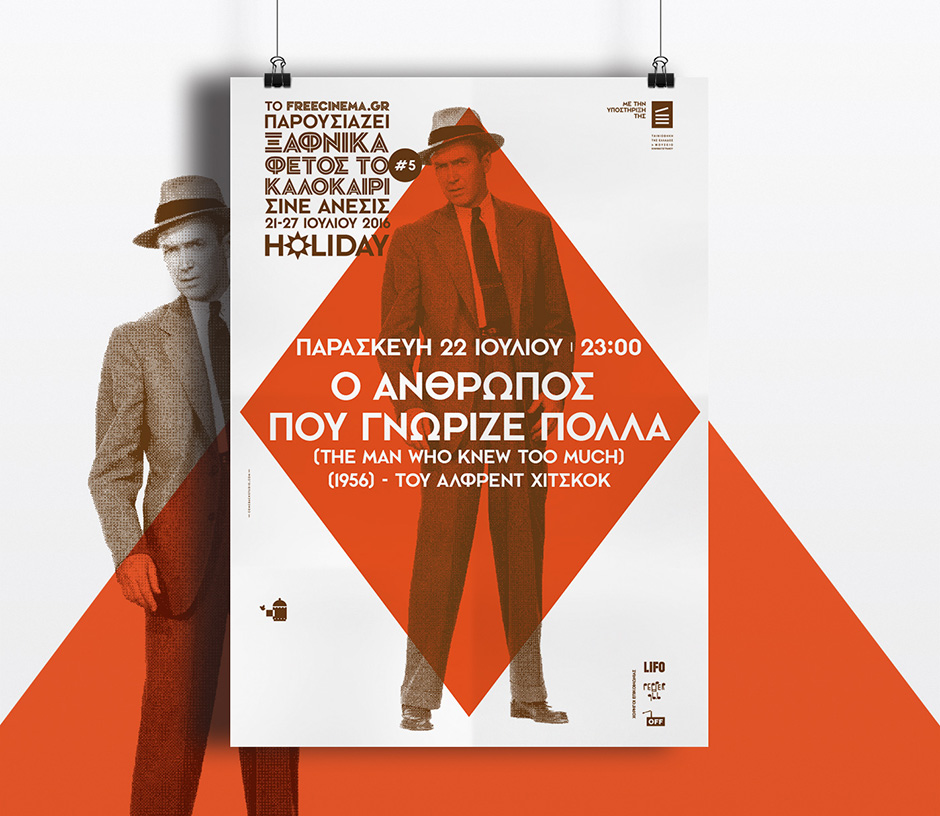 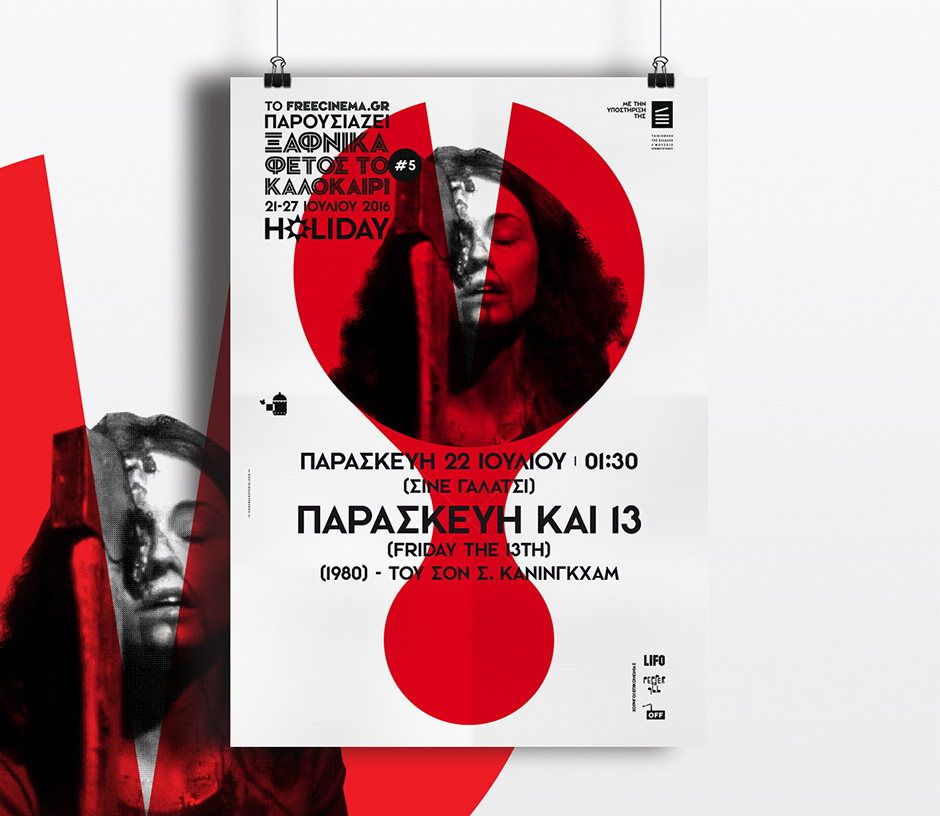 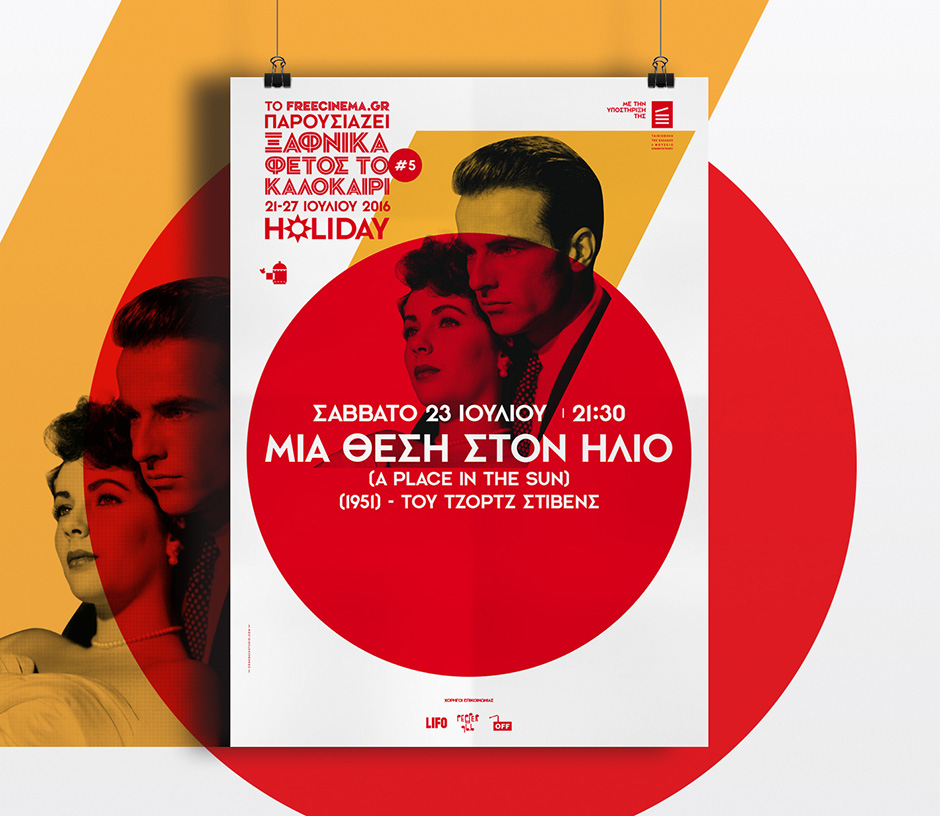 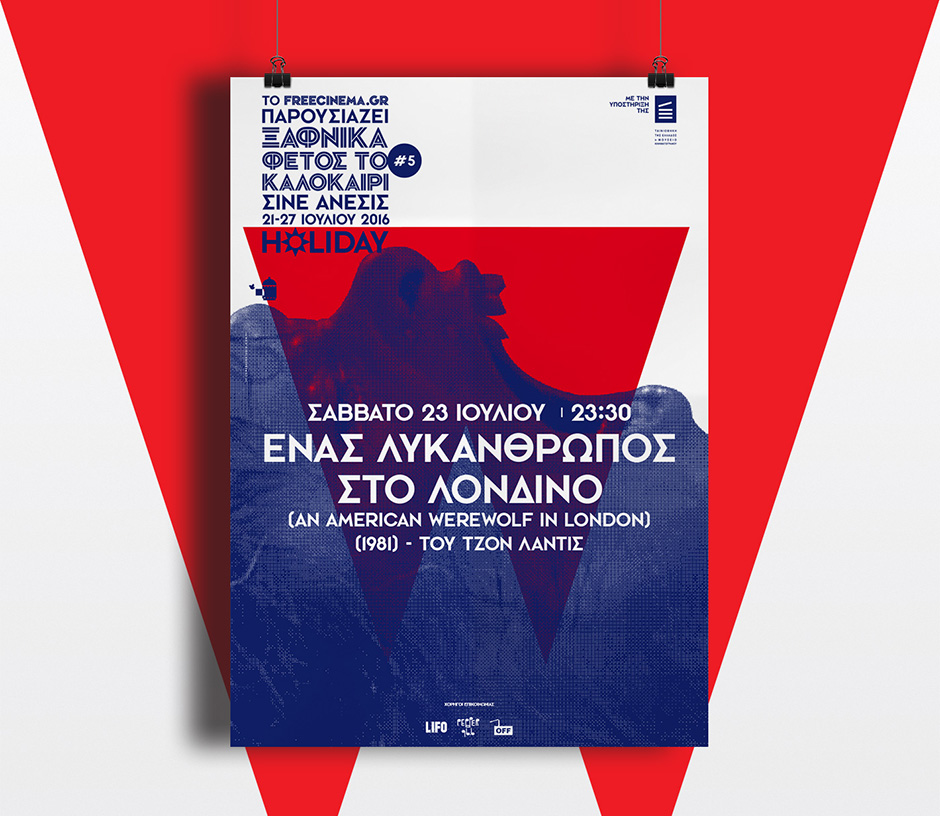 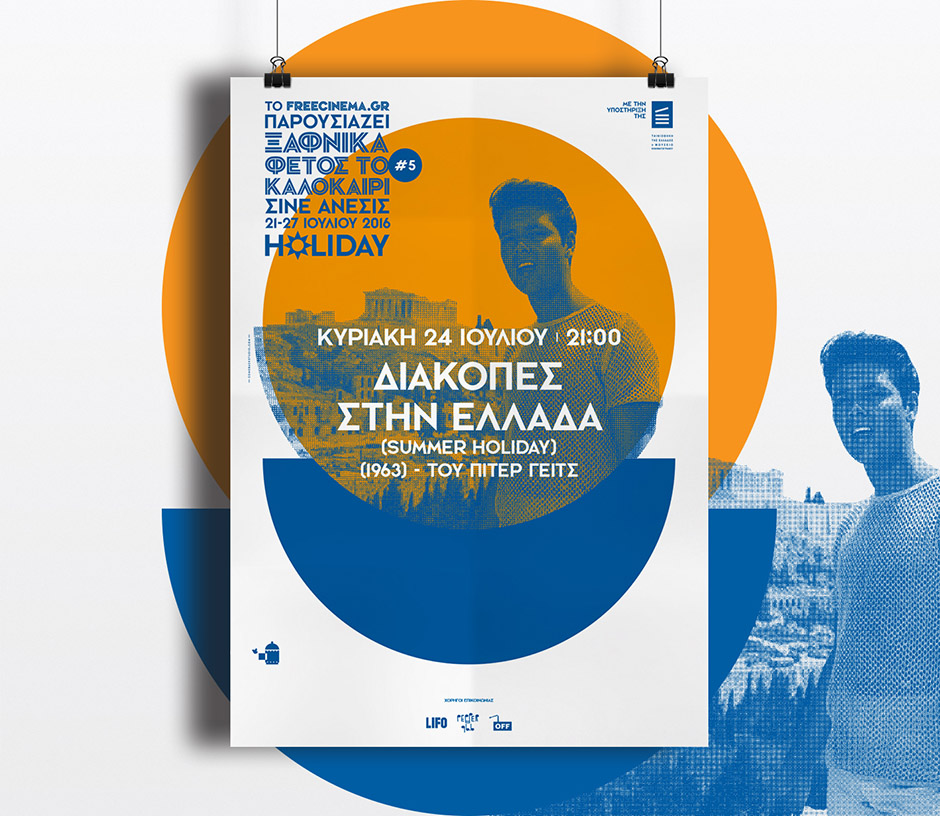 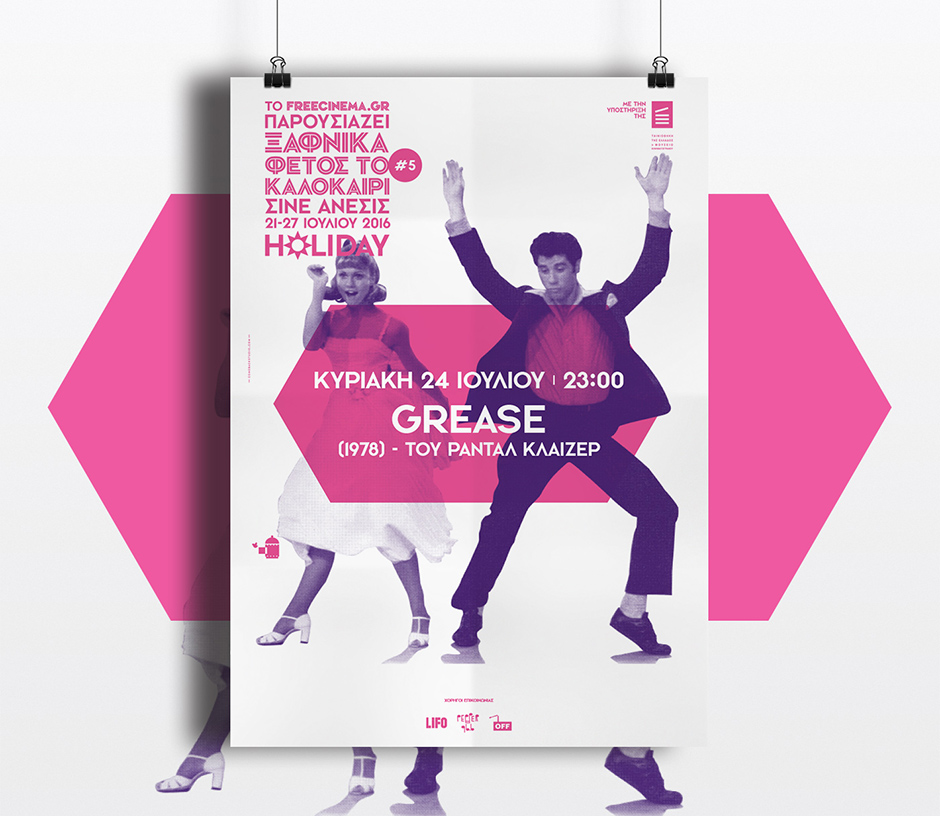 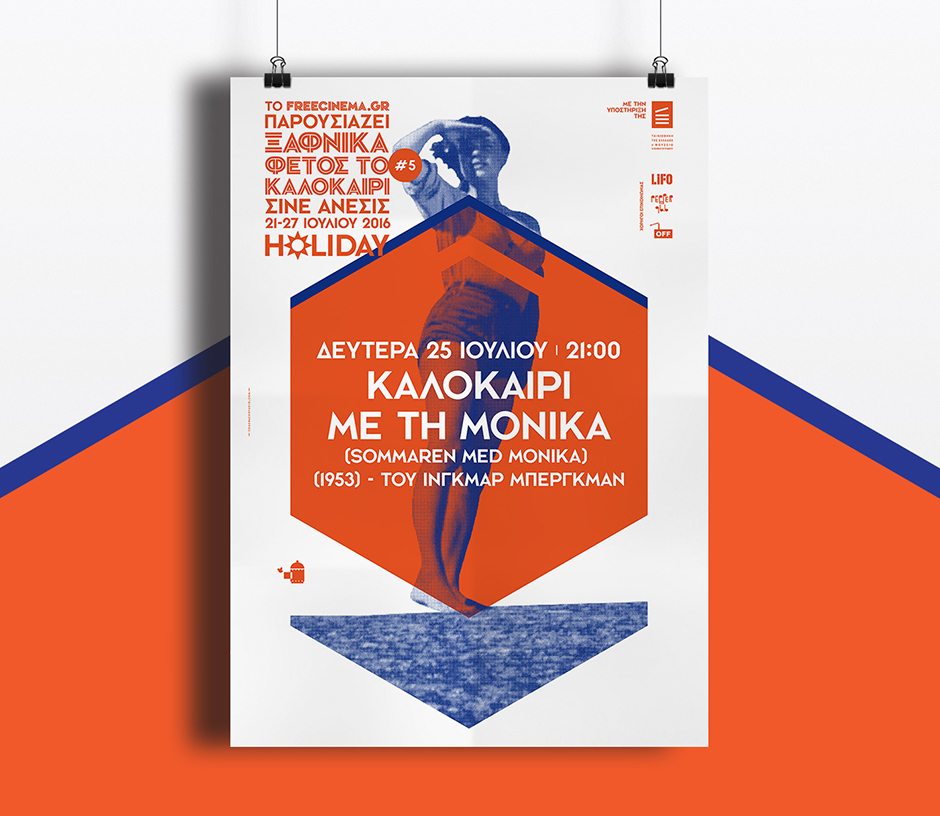 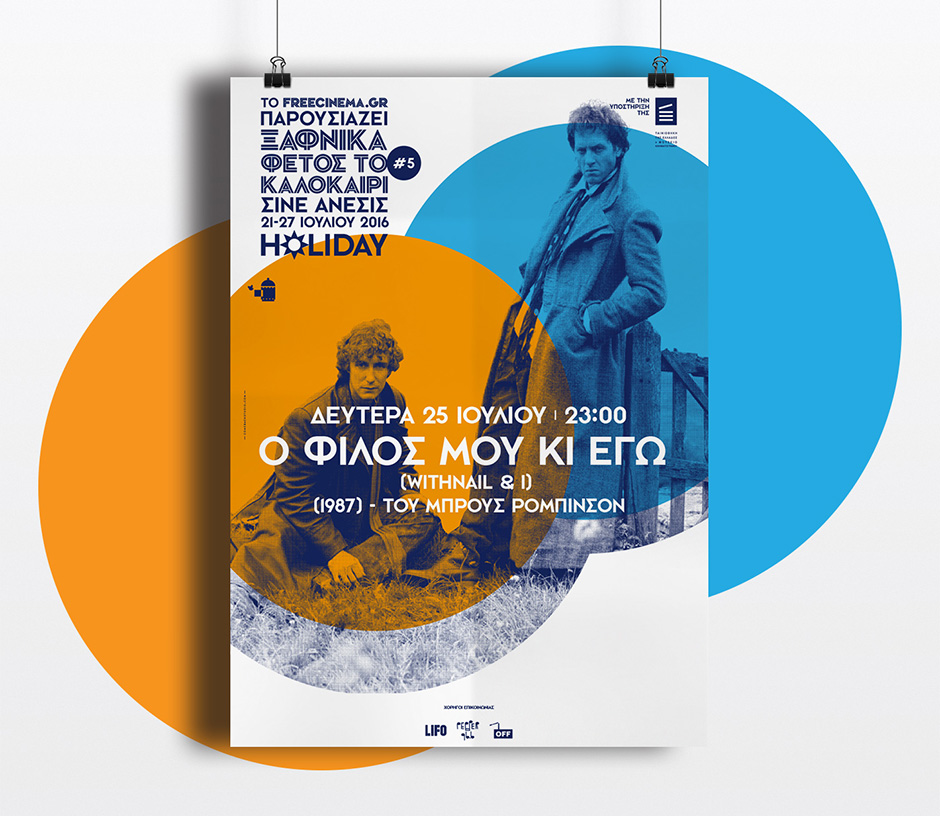 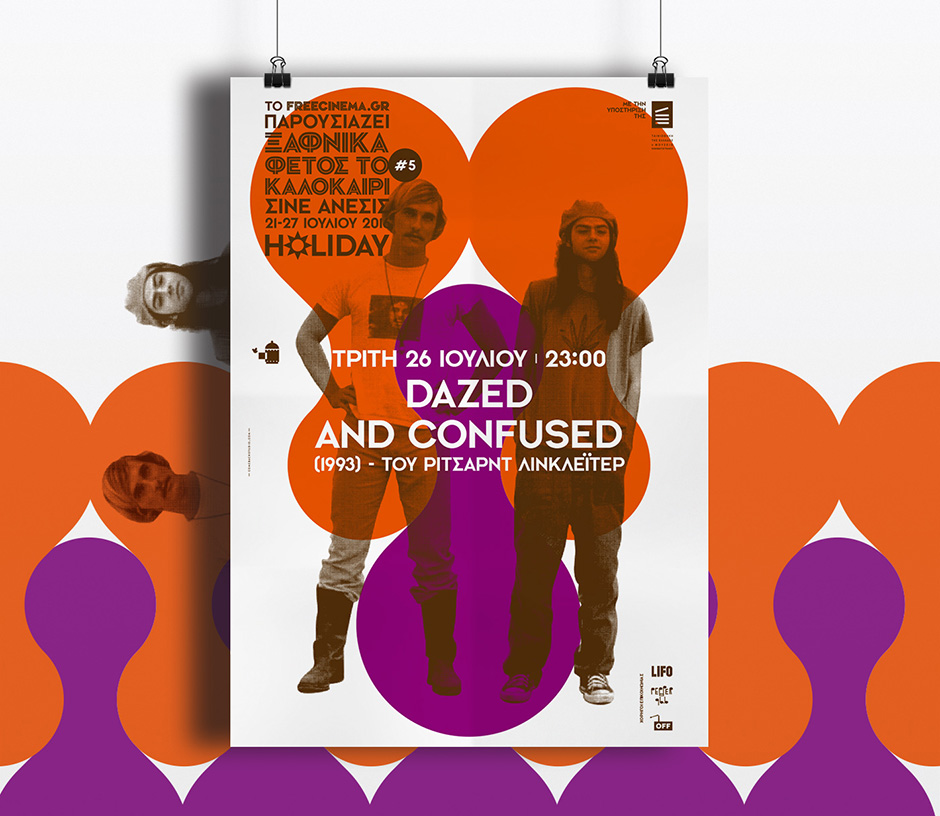 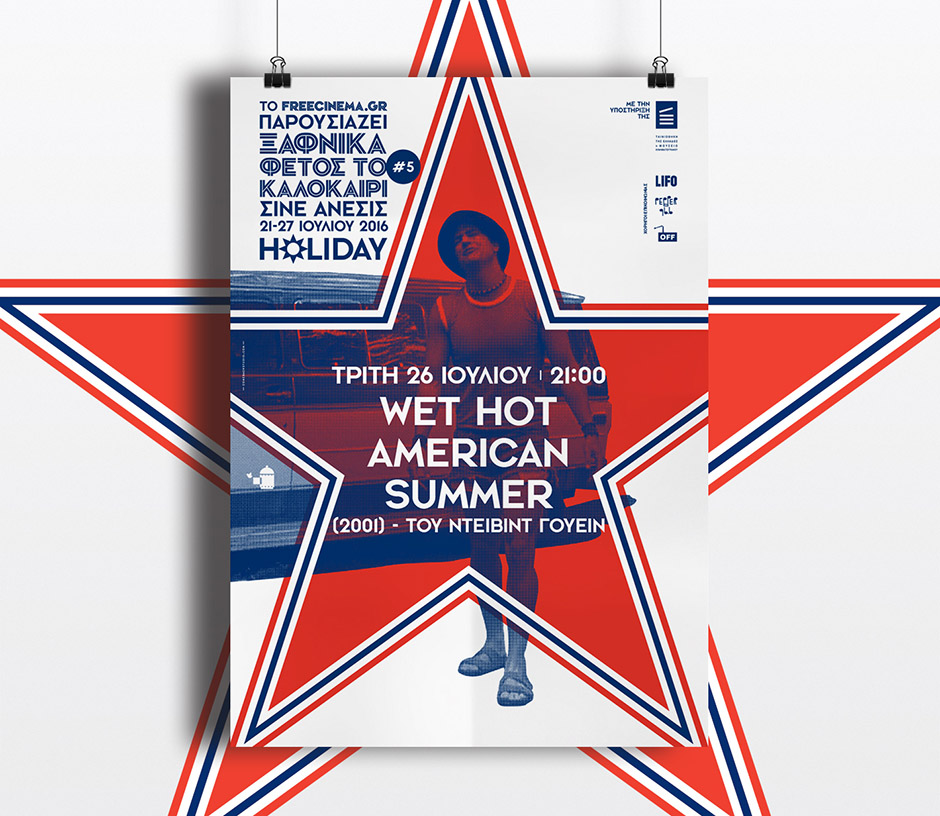 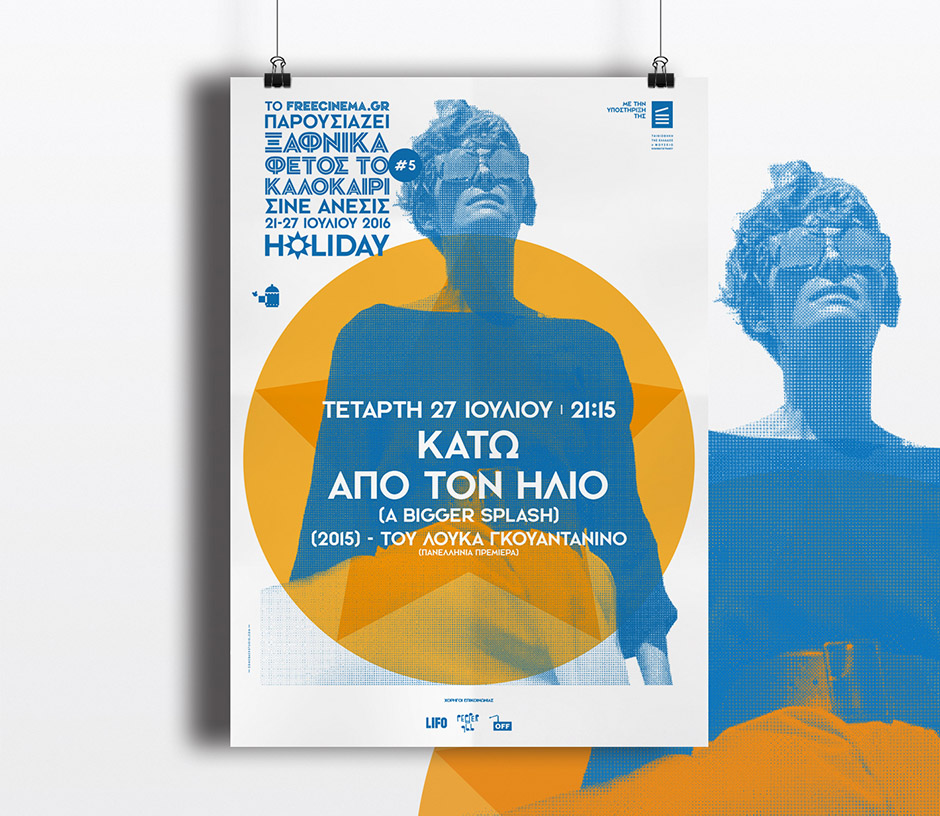