In April 2016 we created a campaign for Praksis a NGO from Greece. The campaign aims to increase awareness and inform the public about the affordable medicines and the methods that are used by the pharmaceutical companies to control drug policies and prices. Τhe concept was “Share the message, Access to affordable medicines “. We came up with three different ideas for the posters. a) the smart phone that related to social media b) the radio that relates to traditional media and c) the speaker, that relates to the demonstration on the streets. The use of hand relates to the fight for the civil and political rights. The illustrations are paper cuts and all the drugs are from the local drugstore. We designed posters and did the creative direction for the television spot that was created using stop motion animation. The TVC was directed by Constantin Pilavios and produced by MovieTeller films. more info> praksisaccess.org 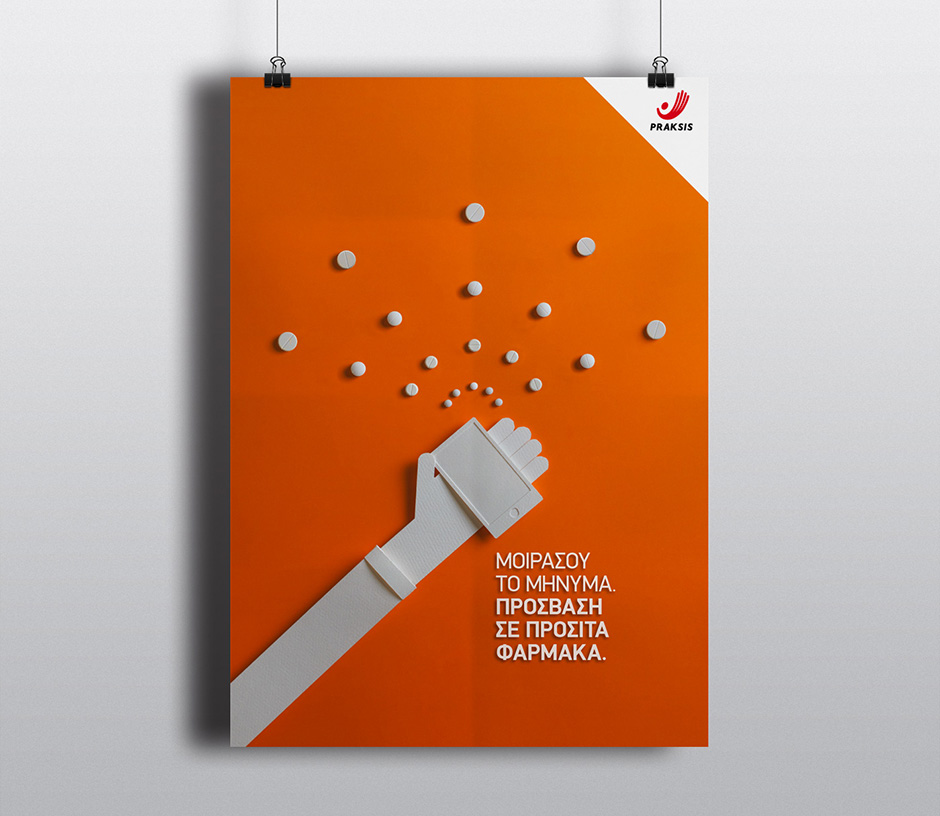 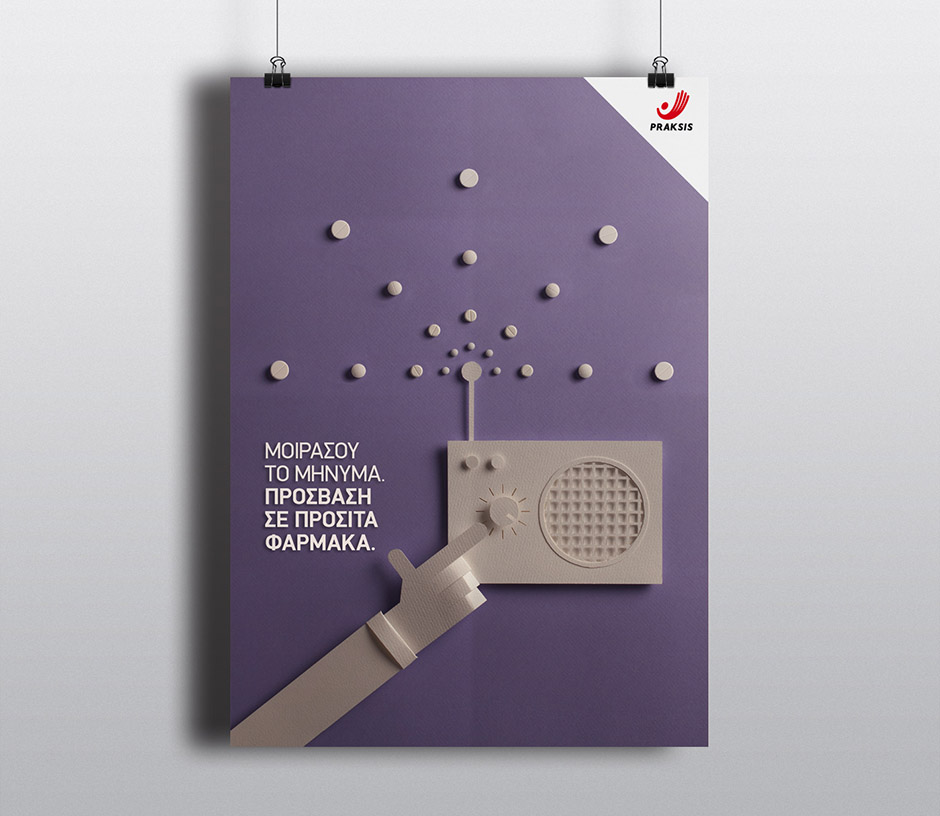 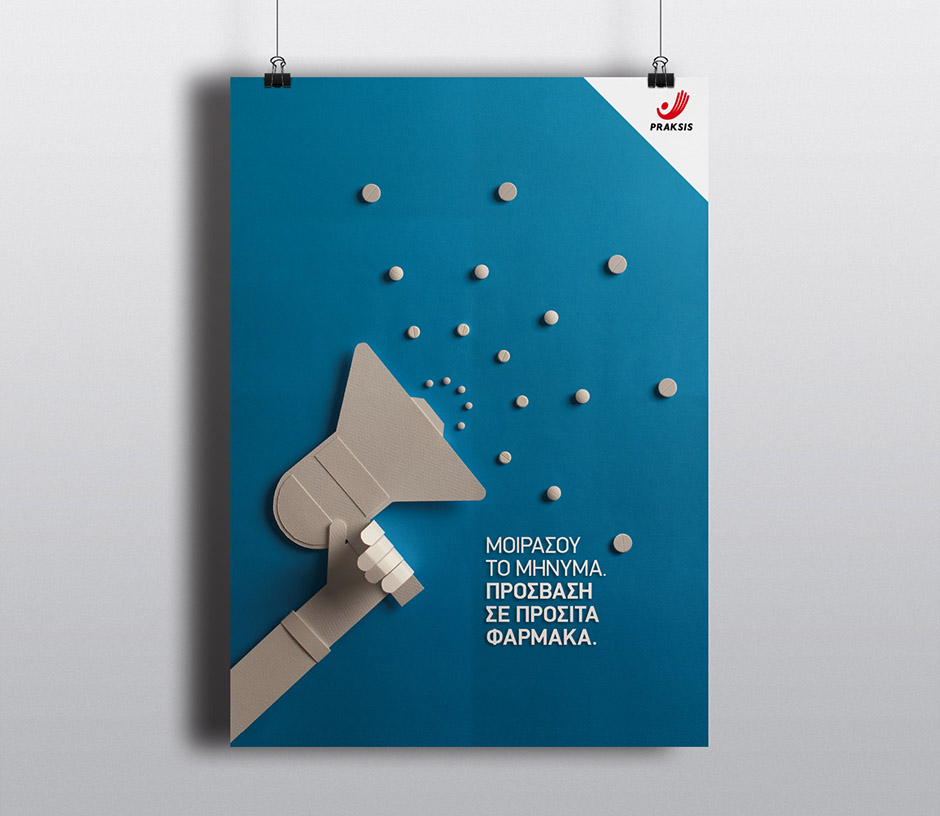 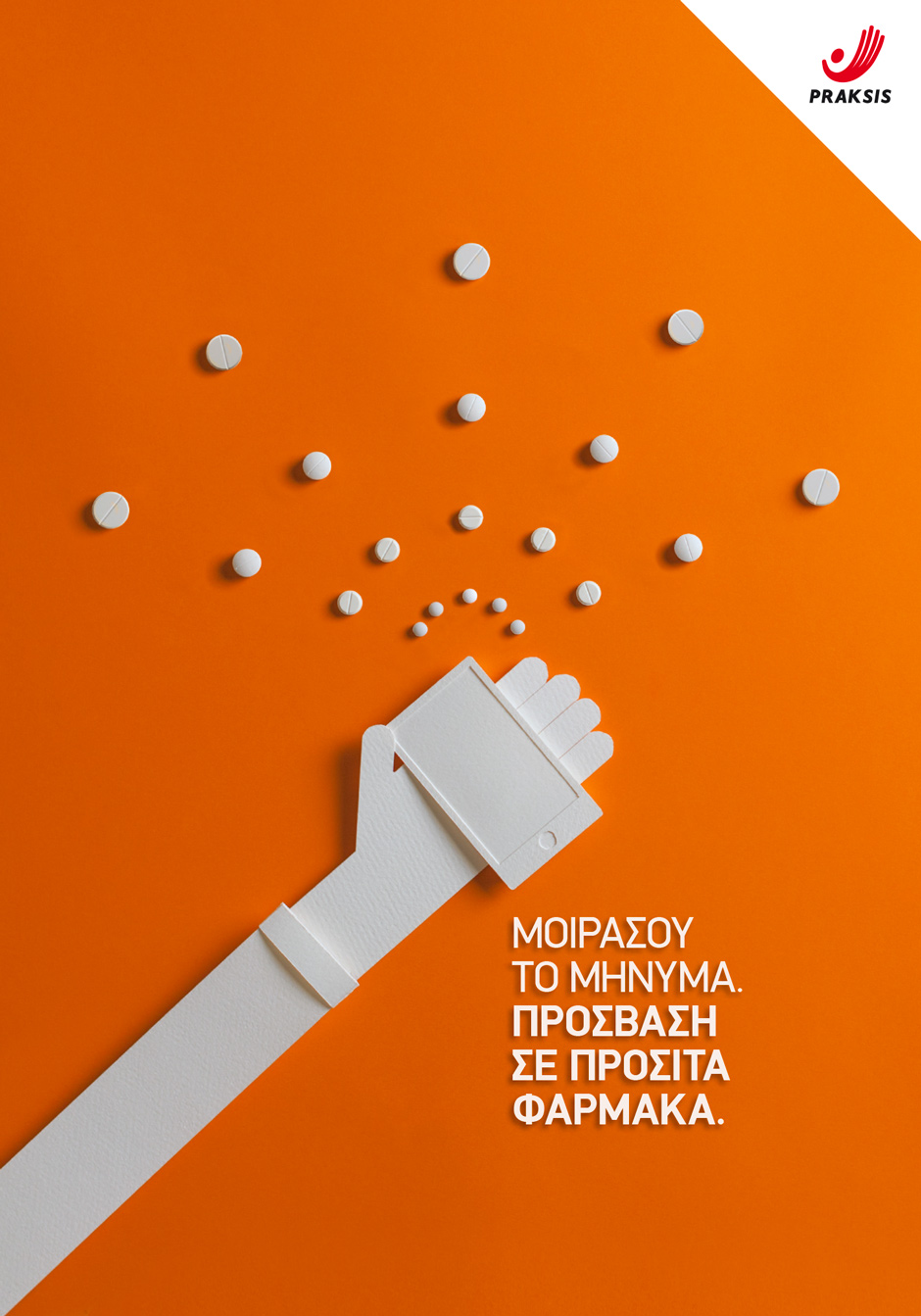 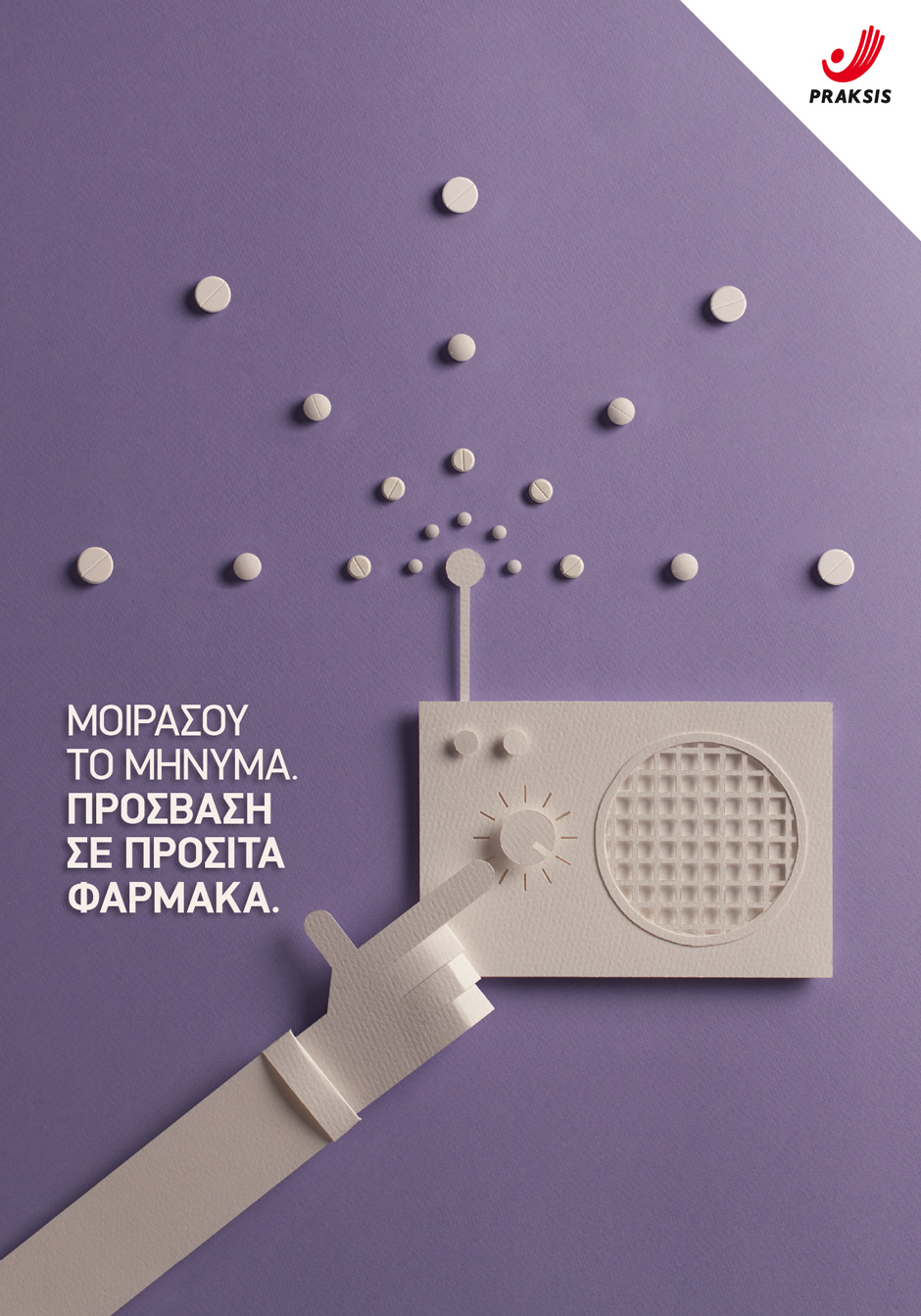 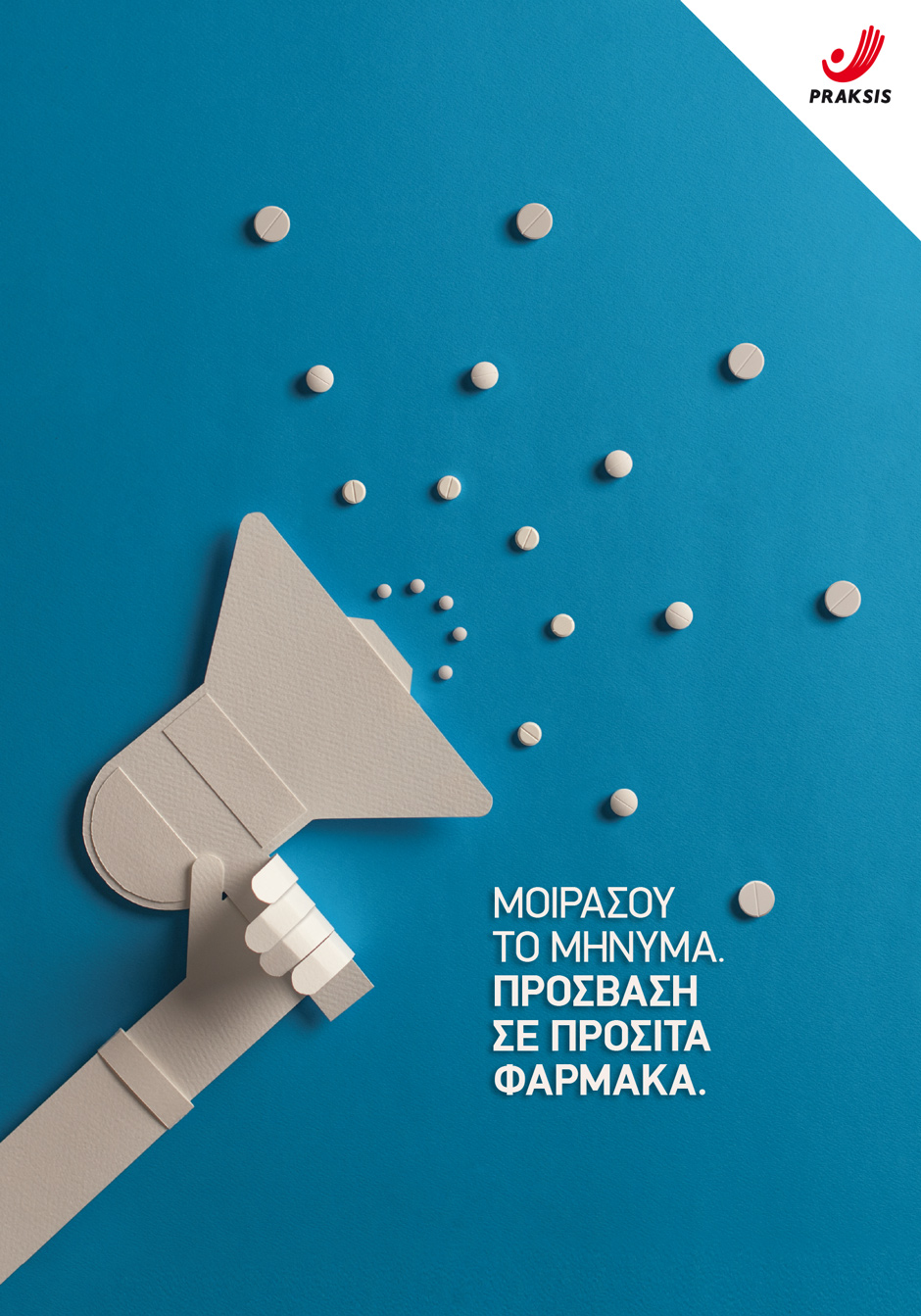 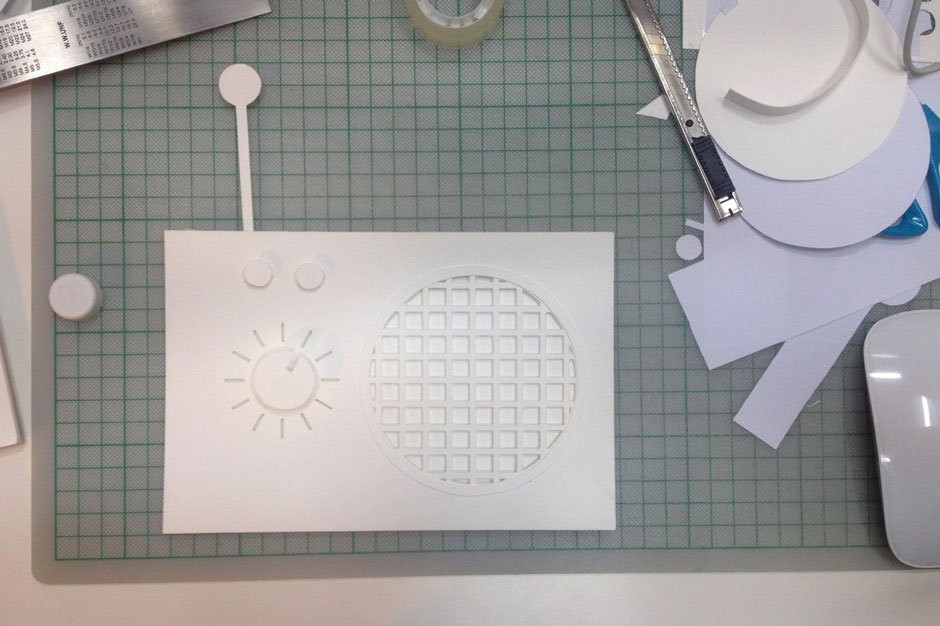 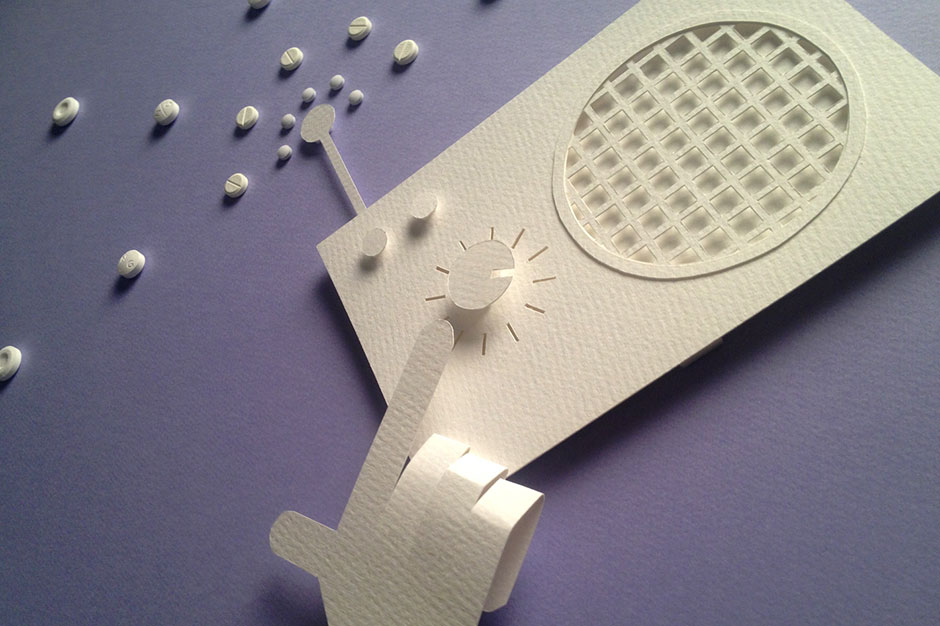 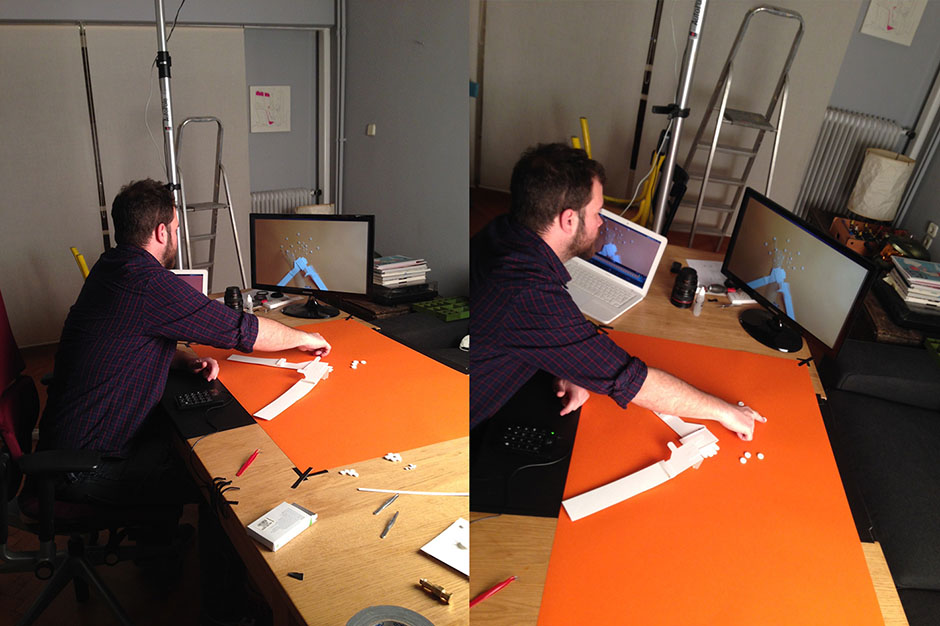 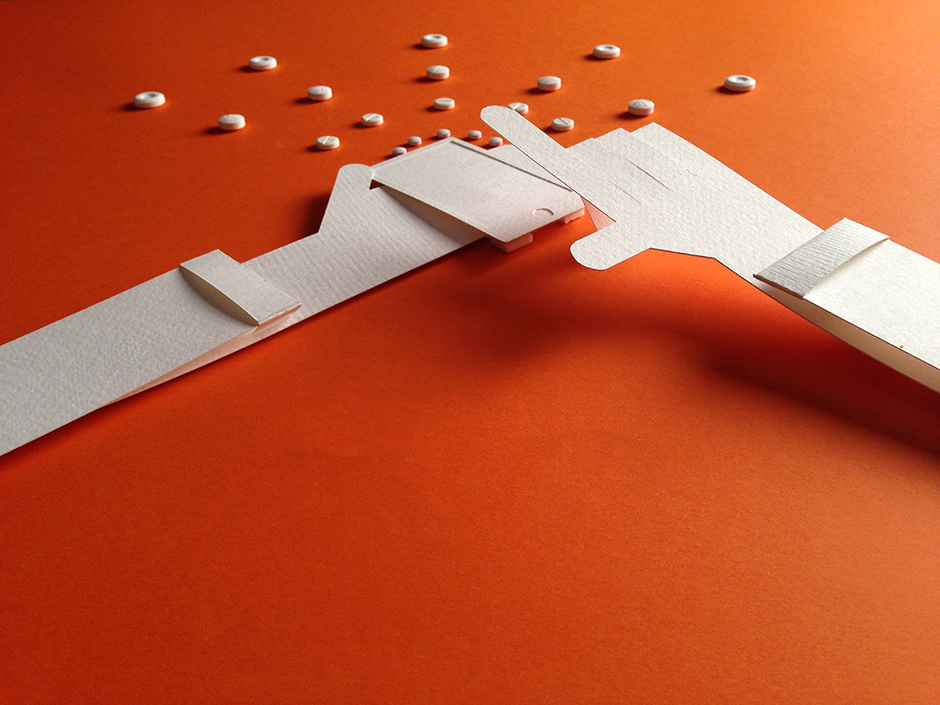