Τhe theatrical play Crentarius negotiates the human search towards Olon (All & Everything), through the prism of real and non-real. In the same time, it visually approximates virtual reality with the use of projection mapping, which consists a fundamental piece of the composition of the play. Crentarius was conceived and executed by director Adel Sanoussi and his team of actors, Pulse. We did concept creation and created the corporal identity and most applications across print and web.
The second part of the project was the creation of the play’s corporal identity. It started with the logo and the basic image which is a compilation of the actors’ faces.
Design also included a series of symbols and custom glyphs, several banners, an iTunes cover for the Crentarius soundtrack, the website, and even the press release.
The program of the play is a complete project itself. It was designed with irregular shaped pages in order to simulate the set of the play. In order to show a second layer of information which should be invisible to the viewer up until entering the theater, an ink which is visible only under fluorescent light was used throughout the program. The seating area of the theater was lit with fluorescent light in order for the desired effect to occur. 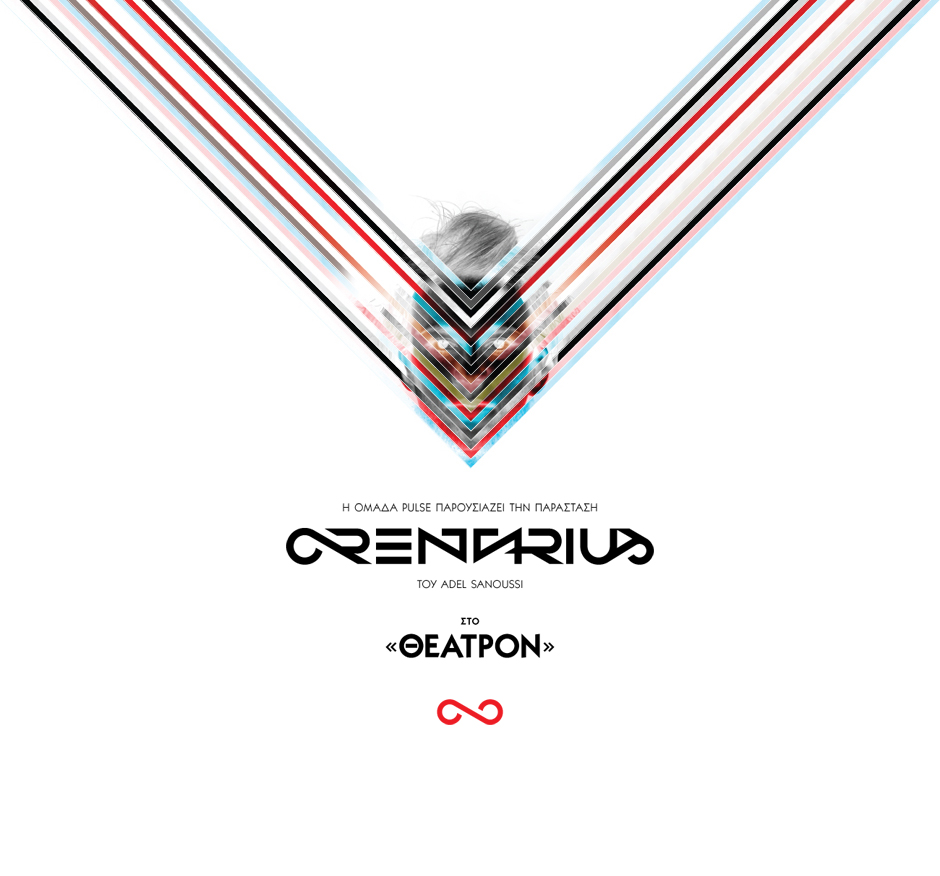 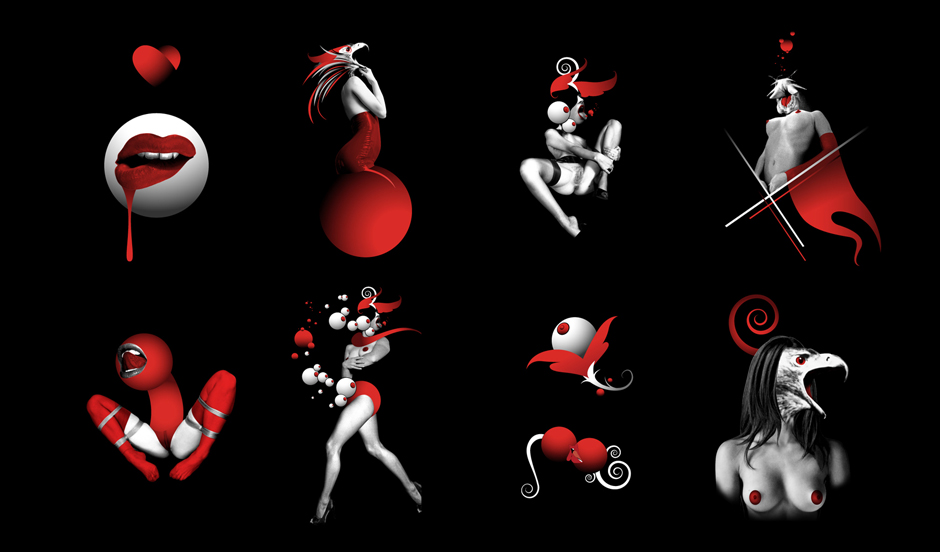 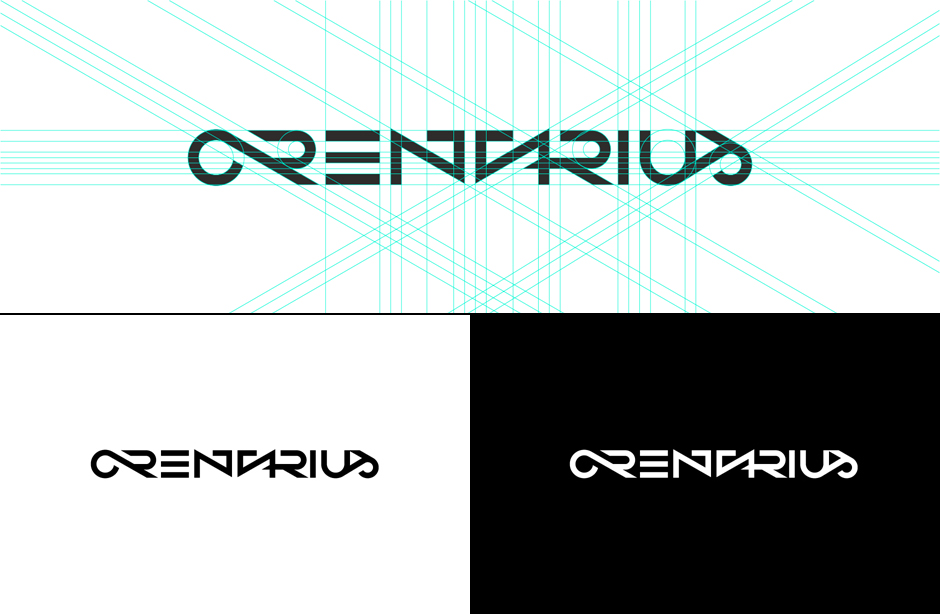 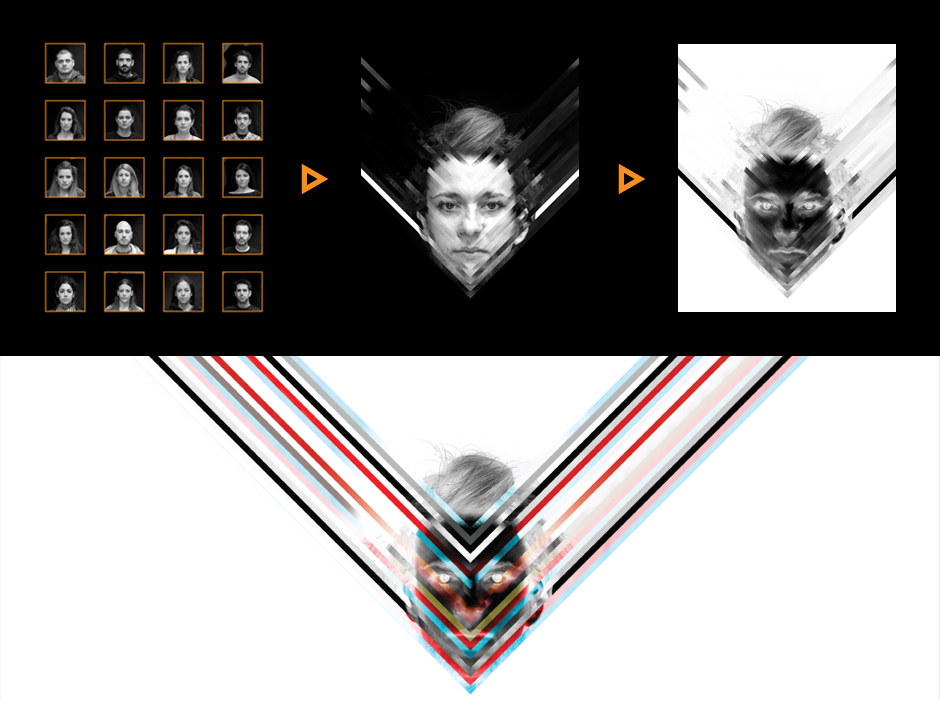 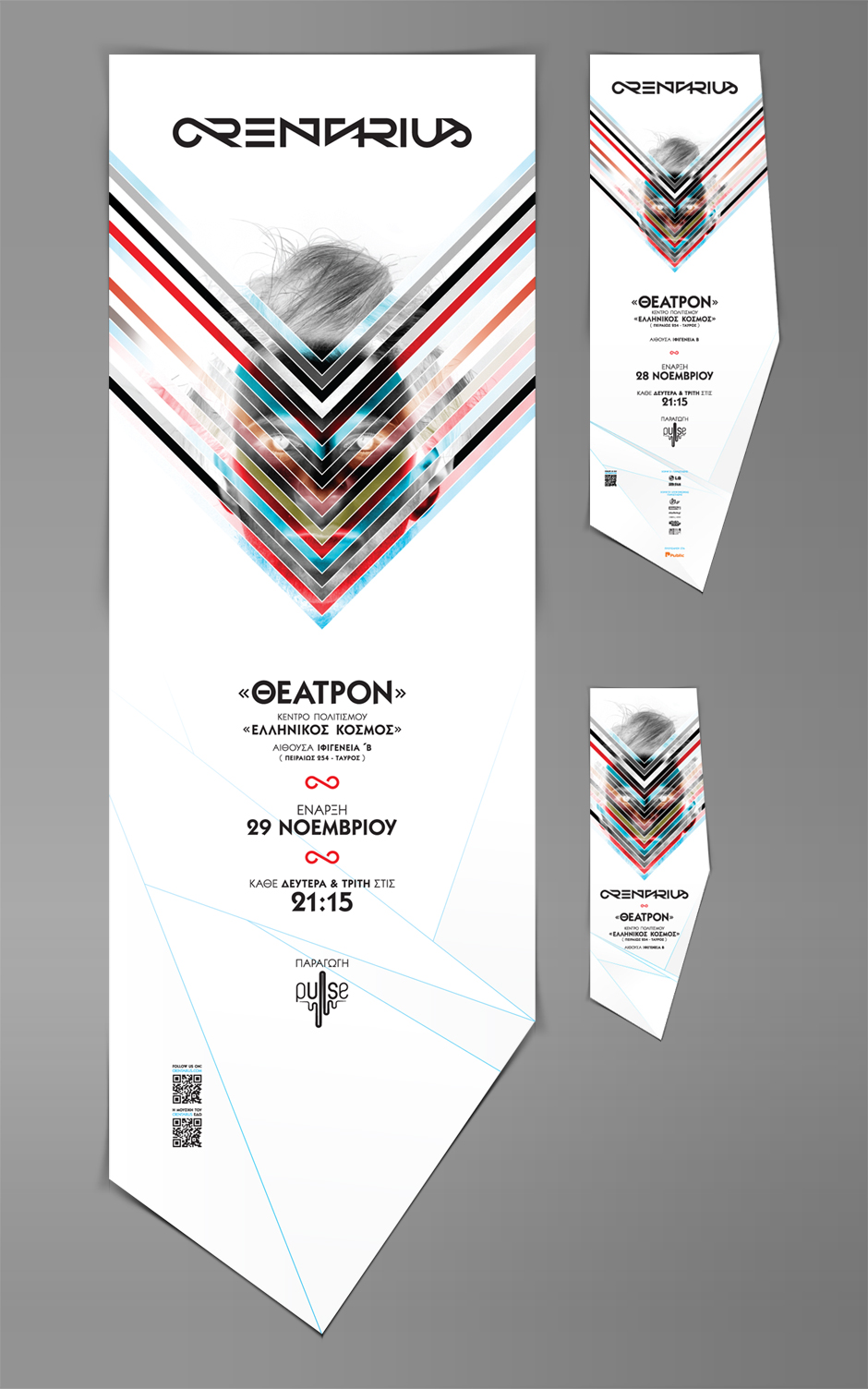 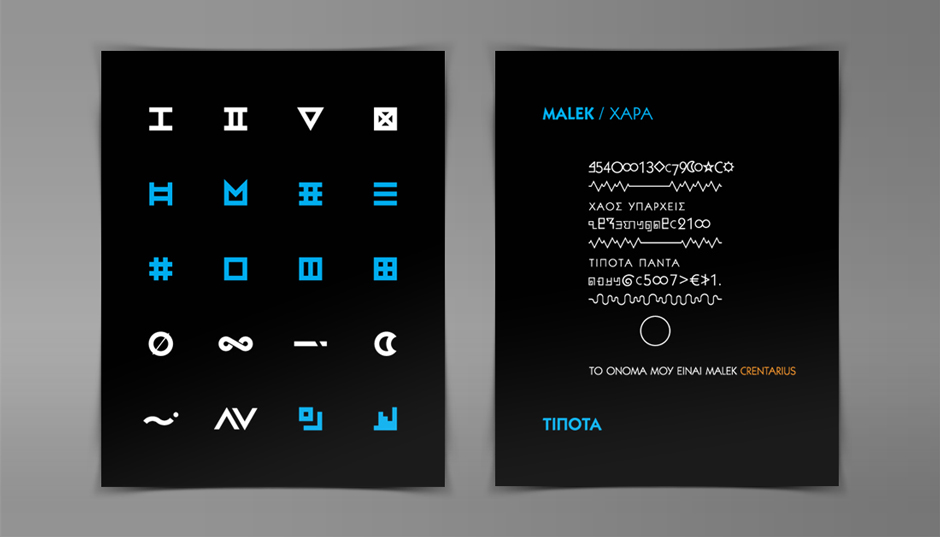 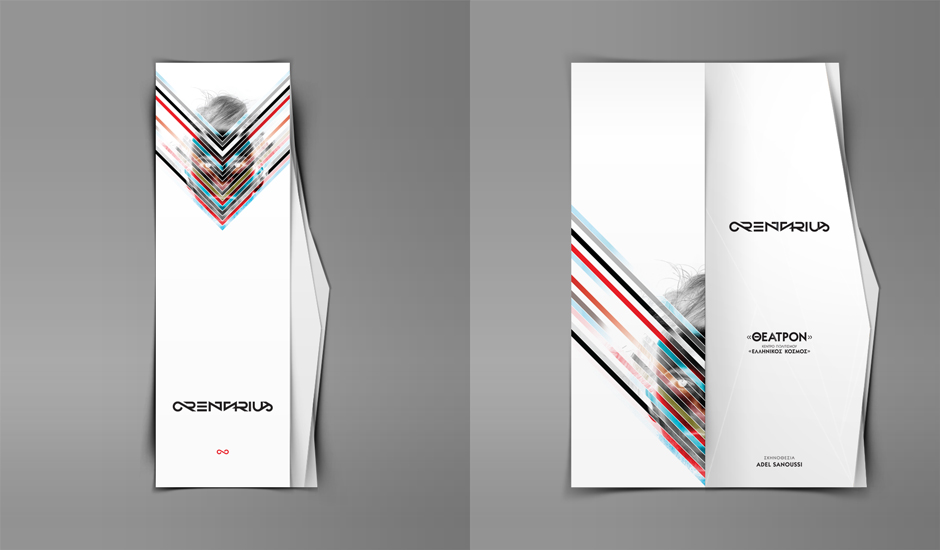 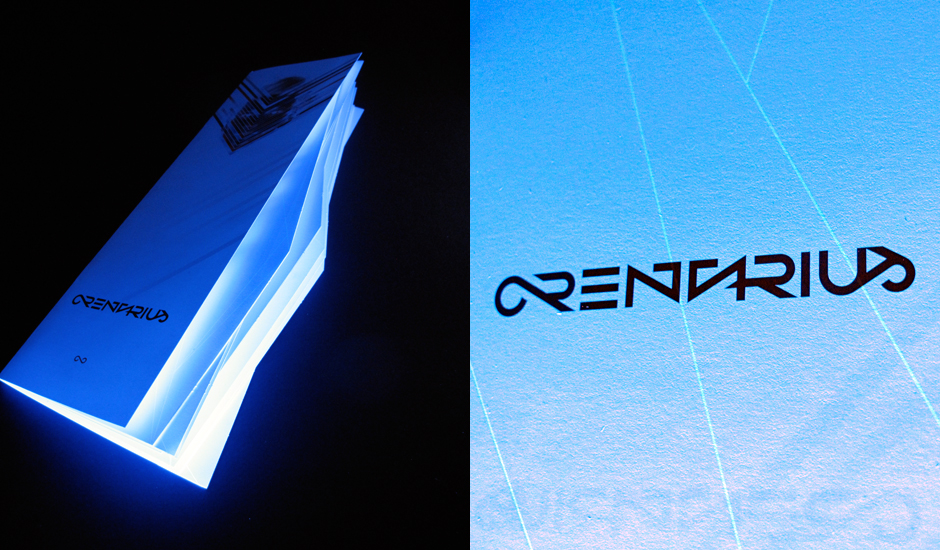 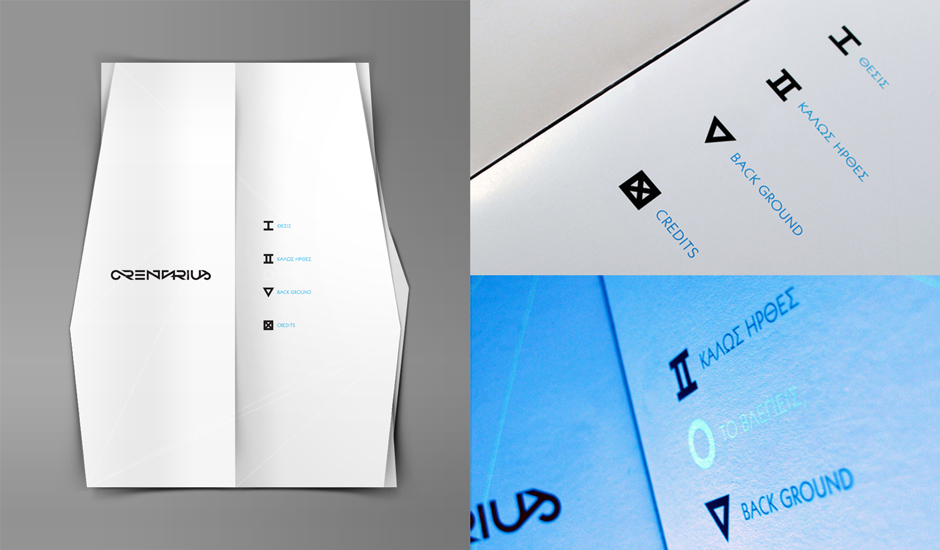 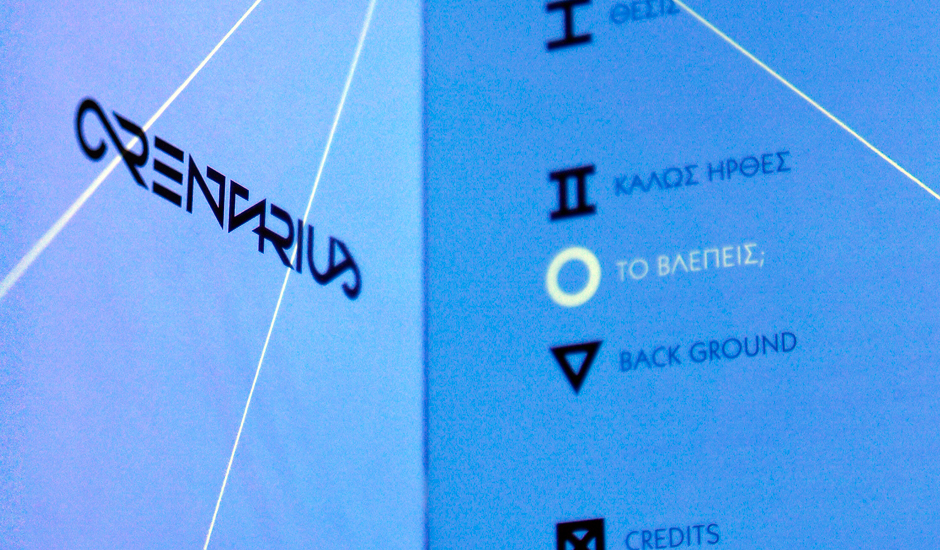 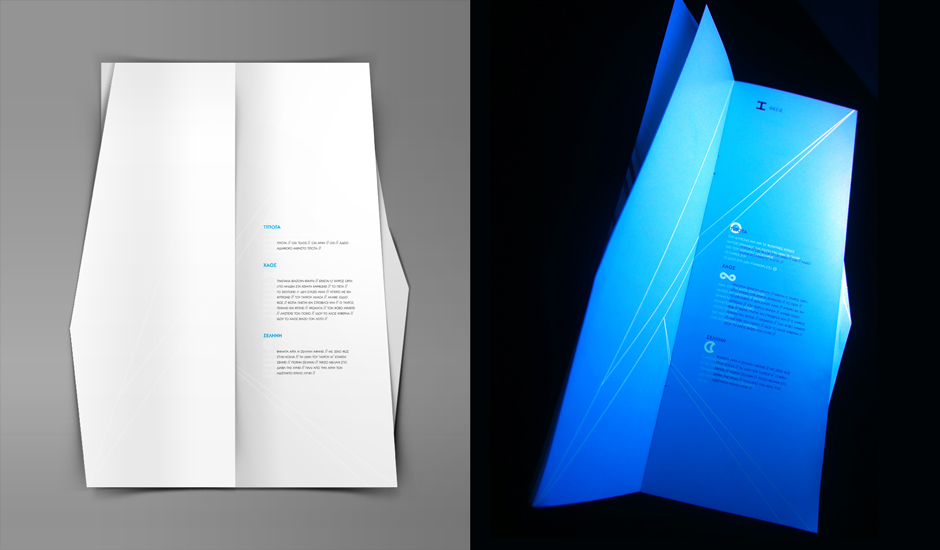 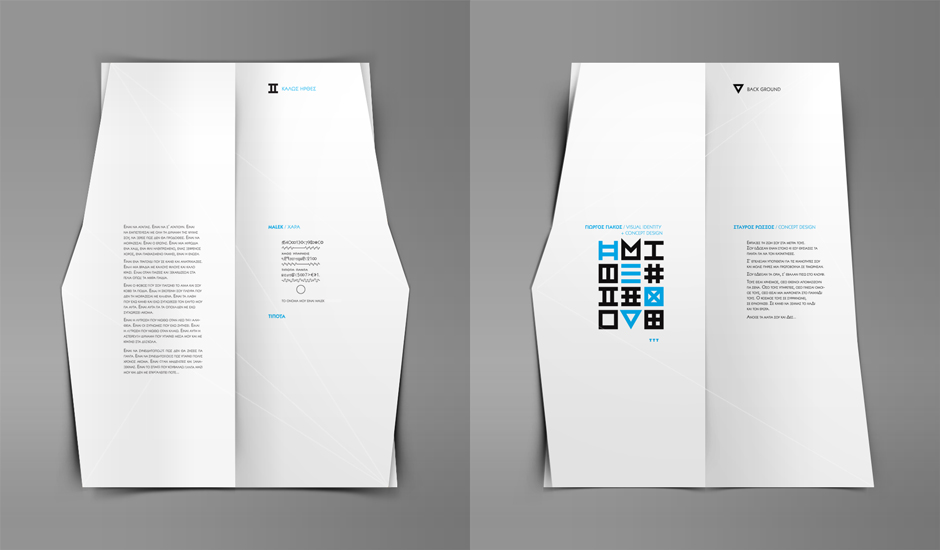 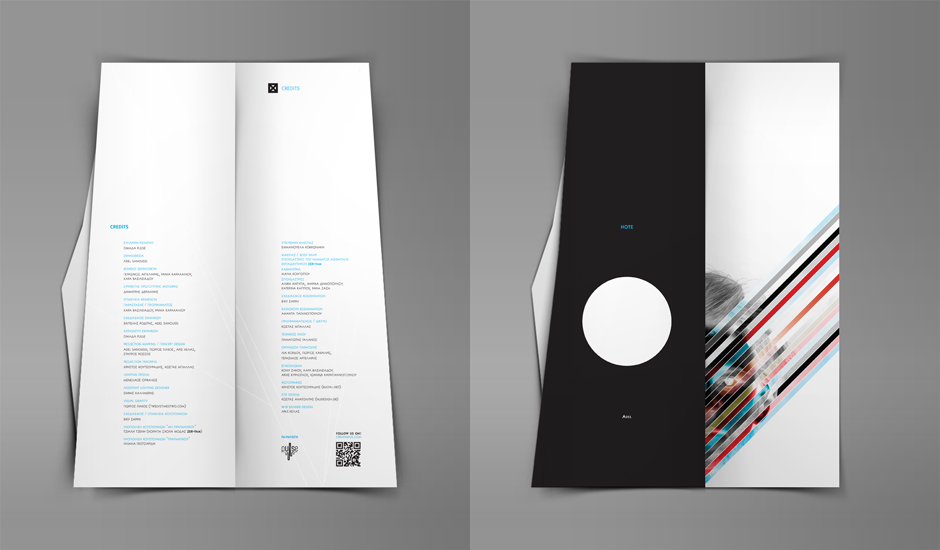 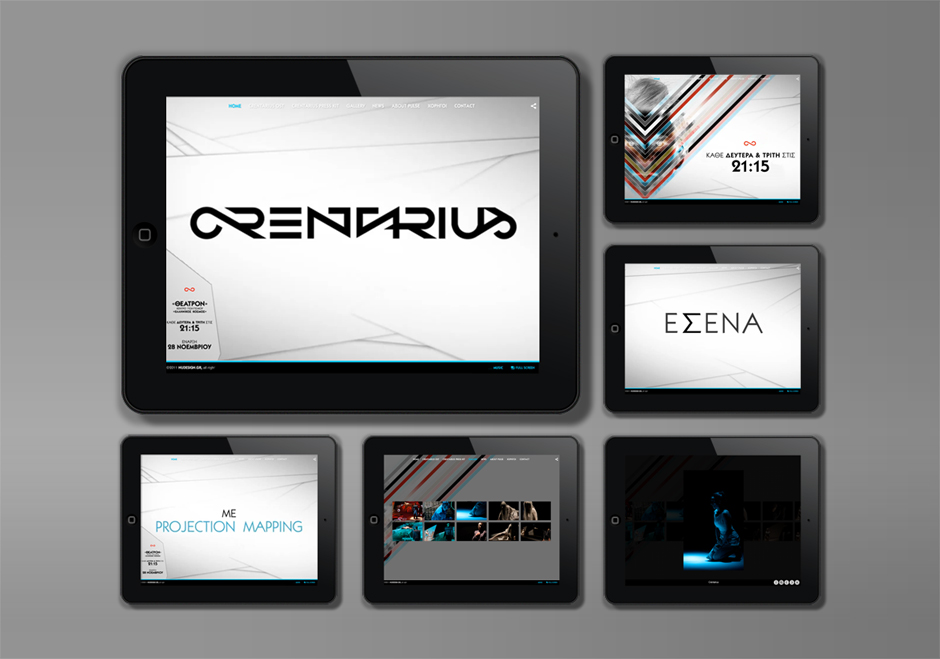 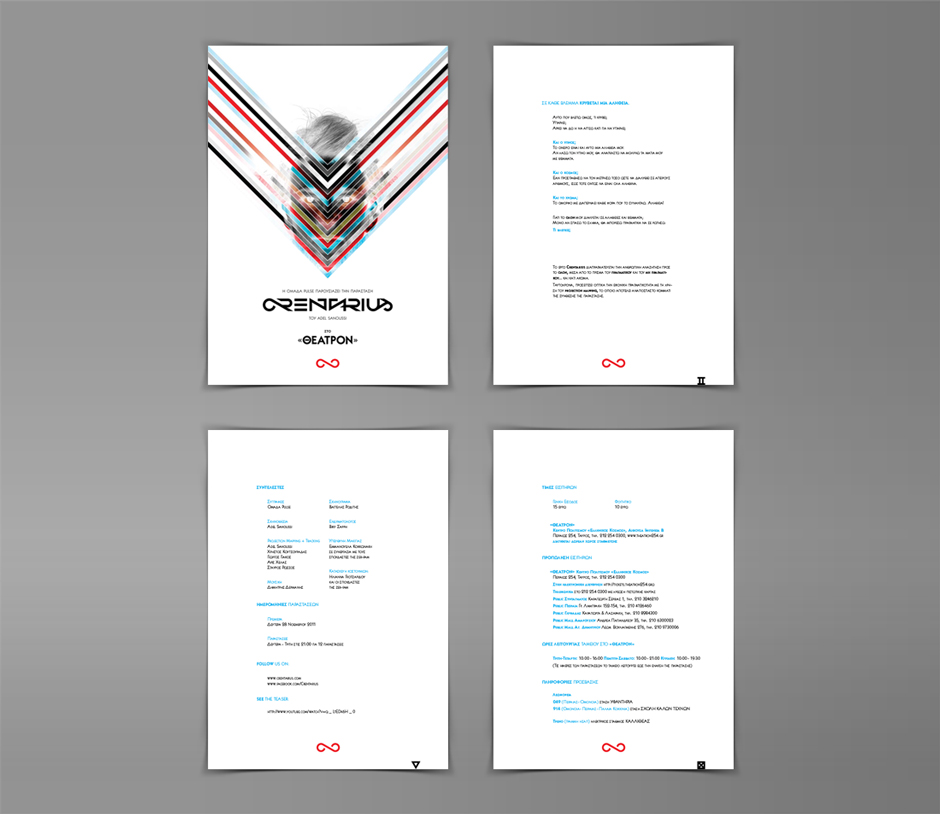 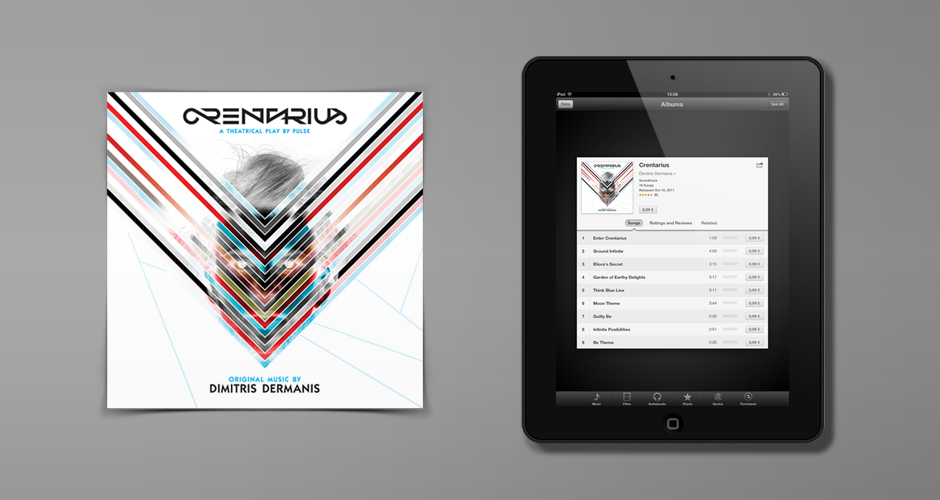 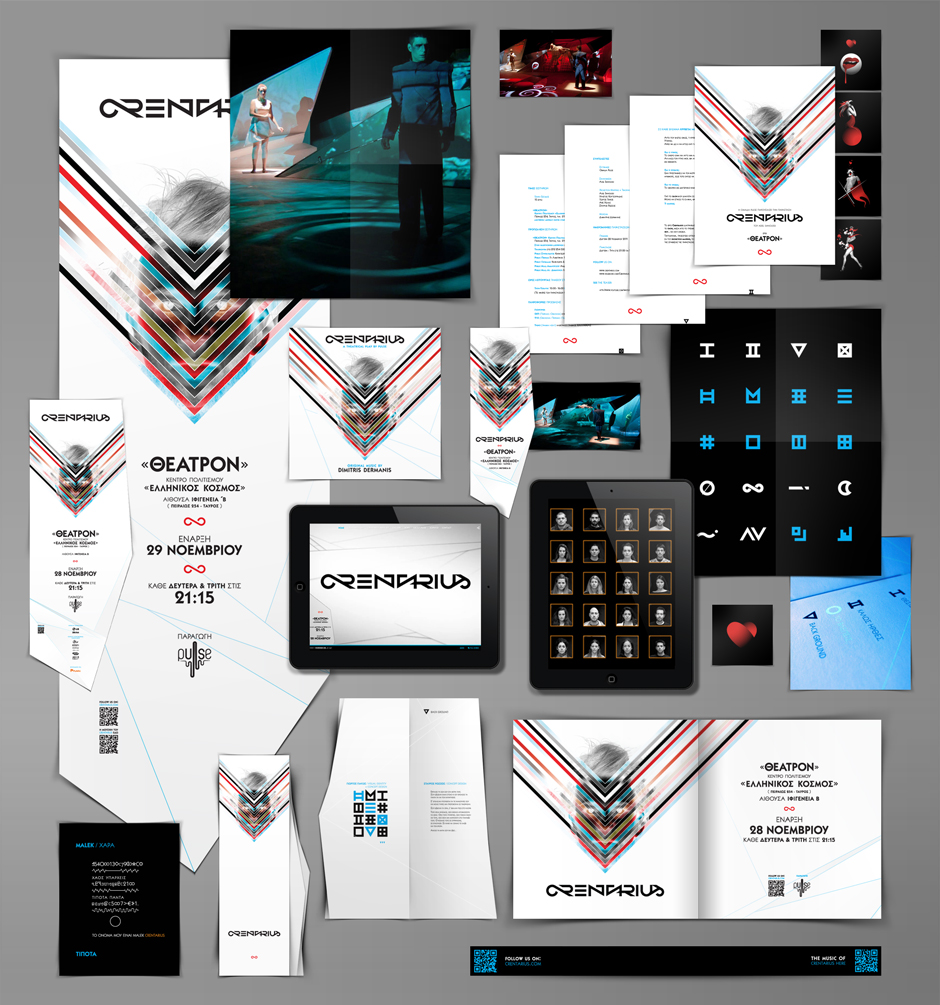