Chrisi Eukairia (Χρυσή Ευκαιρία) is the leading classifieds newspaper in Greece. We were called to do the whole newspaper redesign around April 2014.

The main design challenge was to make all information more clear, making the font size bigger and keeping the printing cost to the same level. We soon realized that the information was too difficult to reach as type was too tight. We came up with a complete gird system with 5 columns (it was six to start with) and a small 3cm white space for small notes, to be part of the header for the main section. White space was a necessity for the project as information is huge and we need a “breathing” space. An 8 grid system for all the articles, 6 grid system for the payed ads and 12 grid system for all the covers. We introduced a new typeface Amplitute GR a nice and condensed font family with ink traps, that helped the clarity but also reduced the number of pages of each edition. We also designed a few maps with the real estate color palette. Finally we placed new big category titles and fixed all navigation problems.

The project had 3 stages. Firstly at April 2014, we redesigned the covers of each of the four sections (Basic, Real Estate, Auto Moto and Business). At the same period new brighter color pallet was introduced and the logo was slightly modified to be more legible on the cover. Then from September 2014 to March 2015 we redesigned the main body (the newspaper runs at about 236 pages 2 times per week and has over 25.000 classifieds and ads). First issue with the new design was printed at March 8th 2015. The final part was to help the design team of the newspaper to understand the new design layout and to be able to be consistent in every edition.

The work received an award at the 17th European Newspaper Design Awards for Typographic excellence. 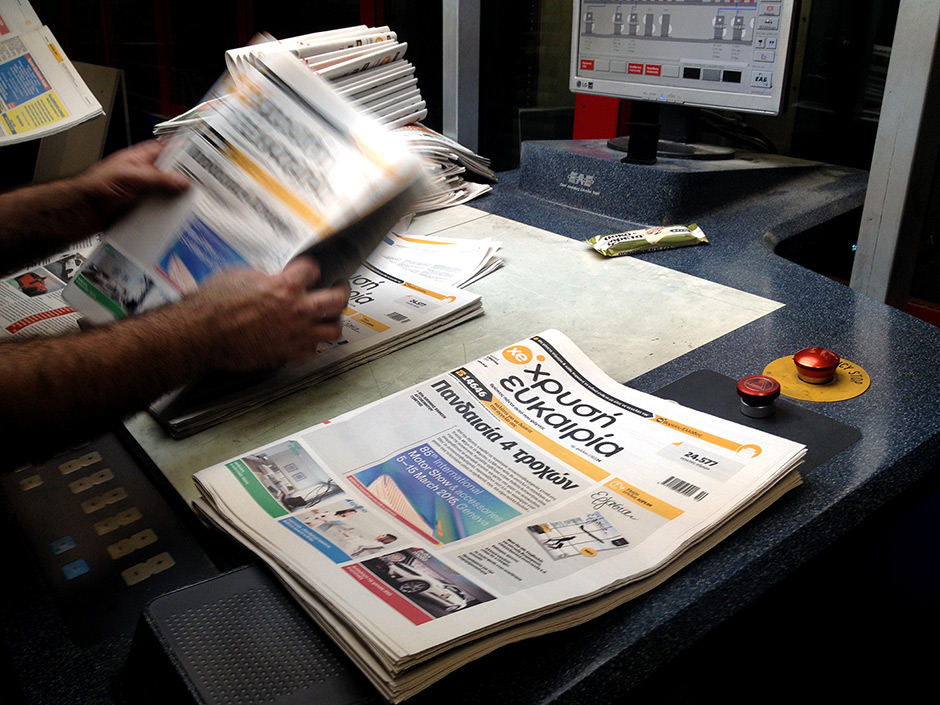 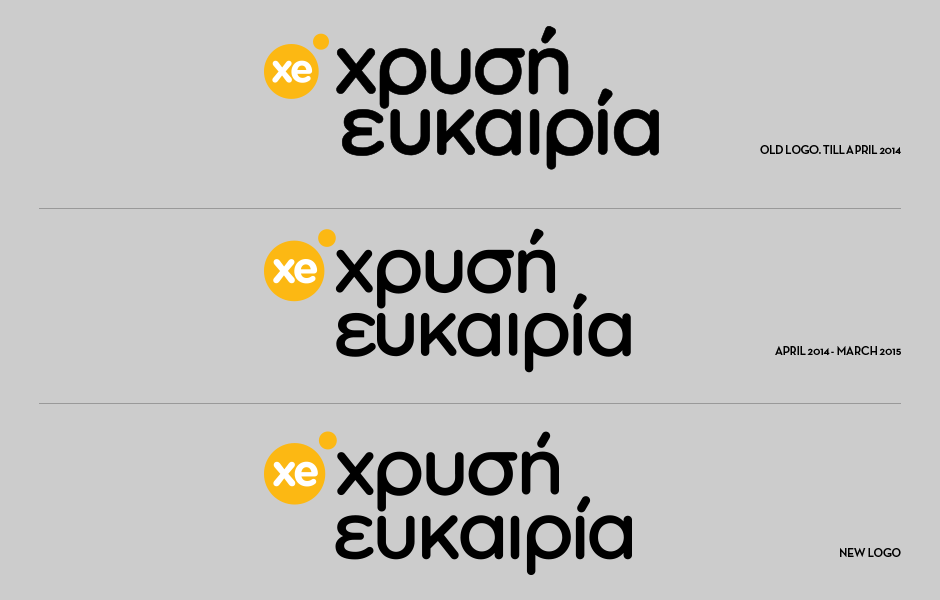 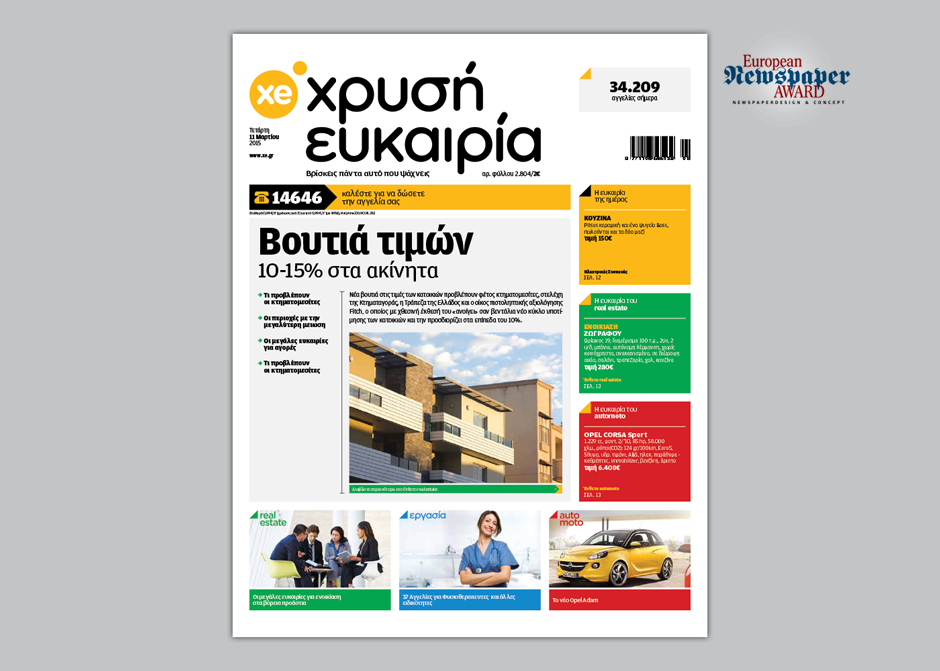 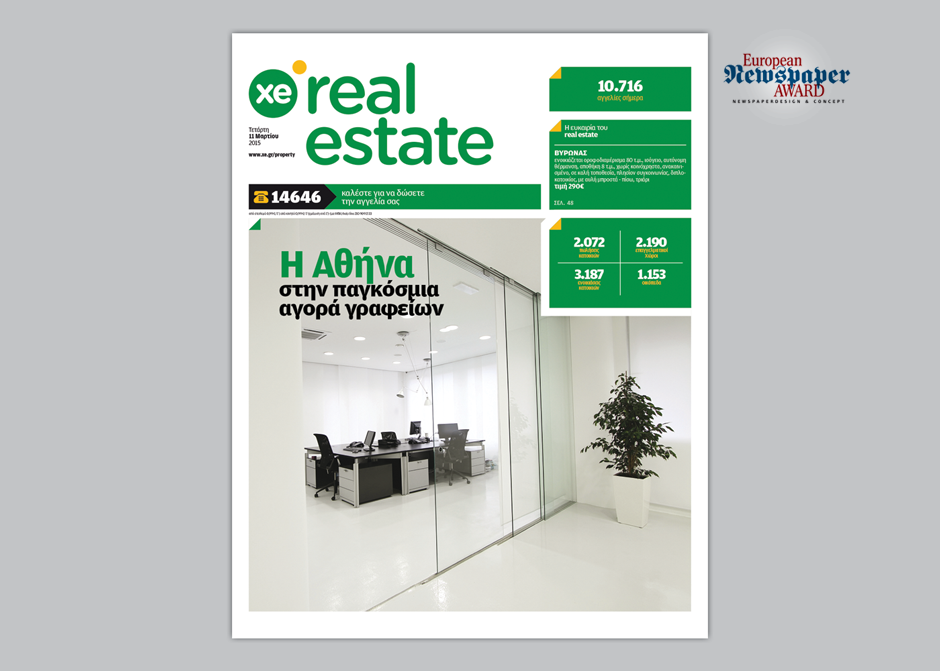 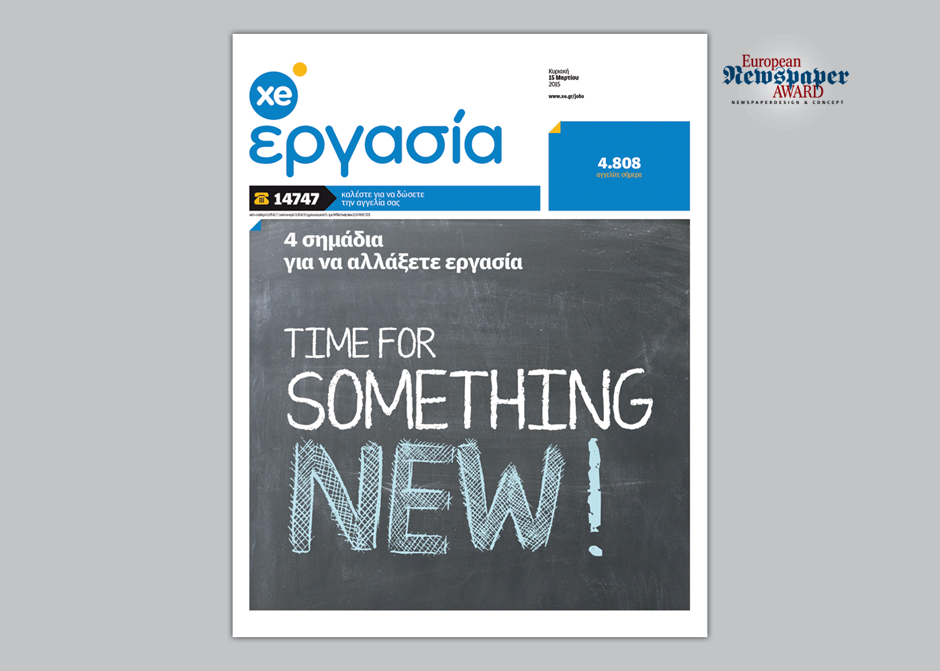 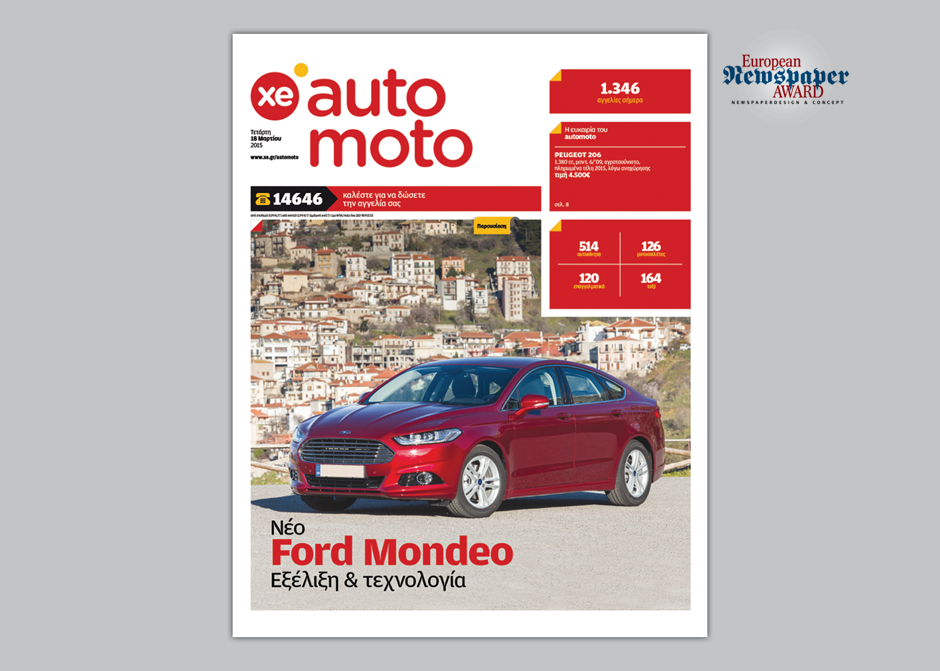 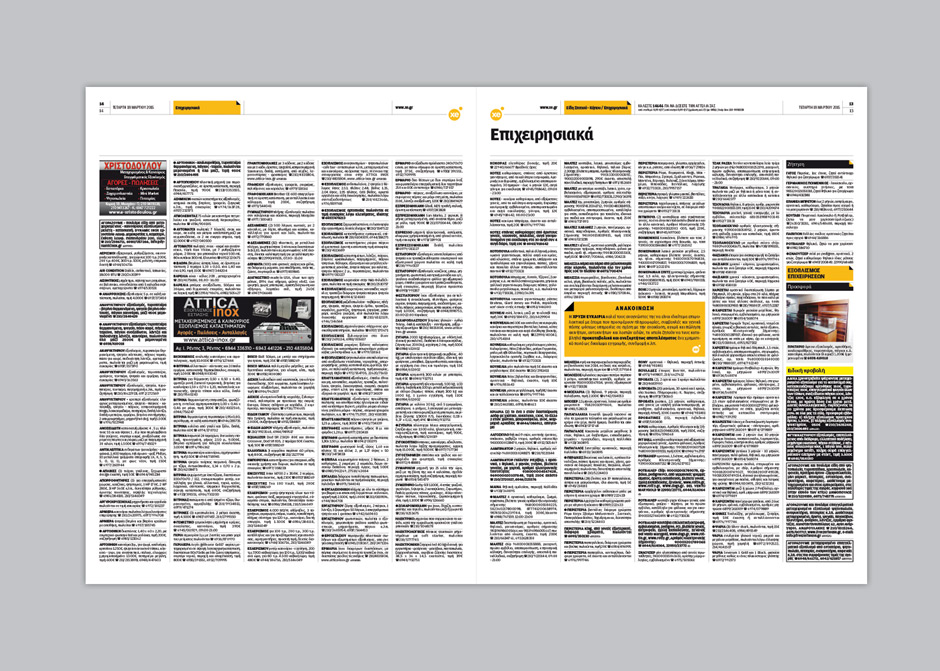 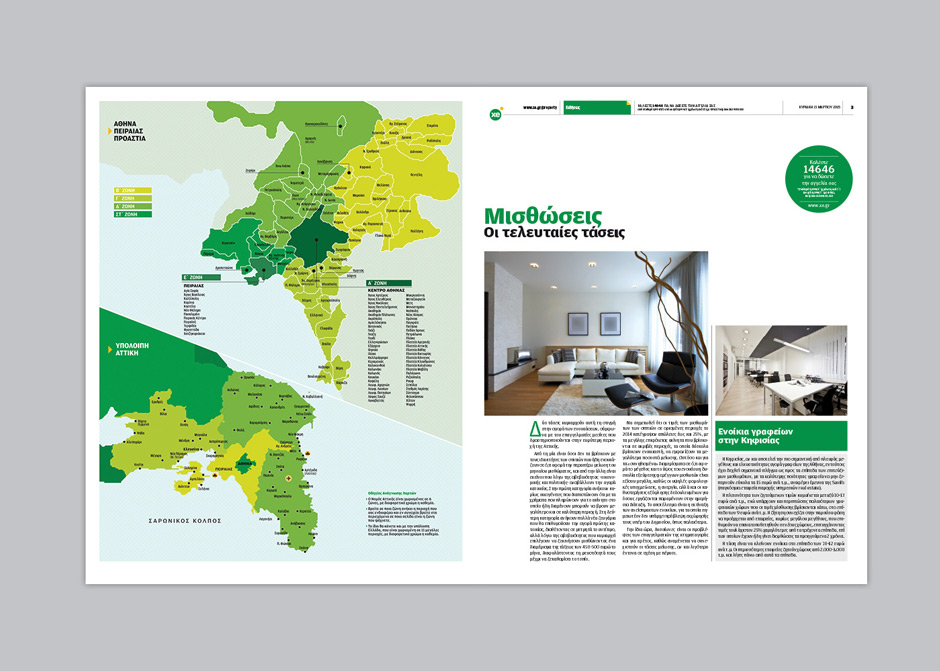 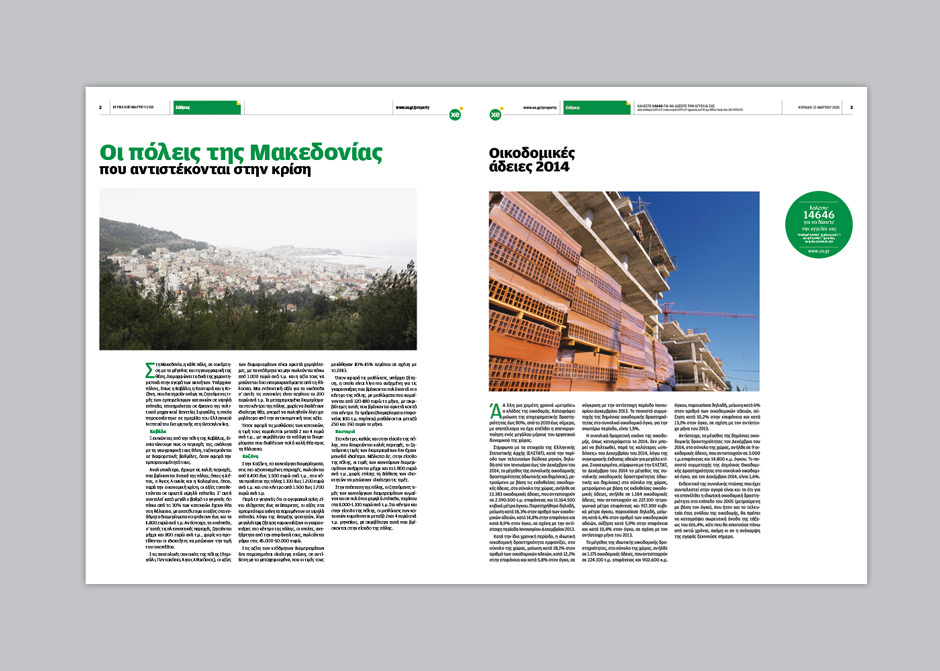 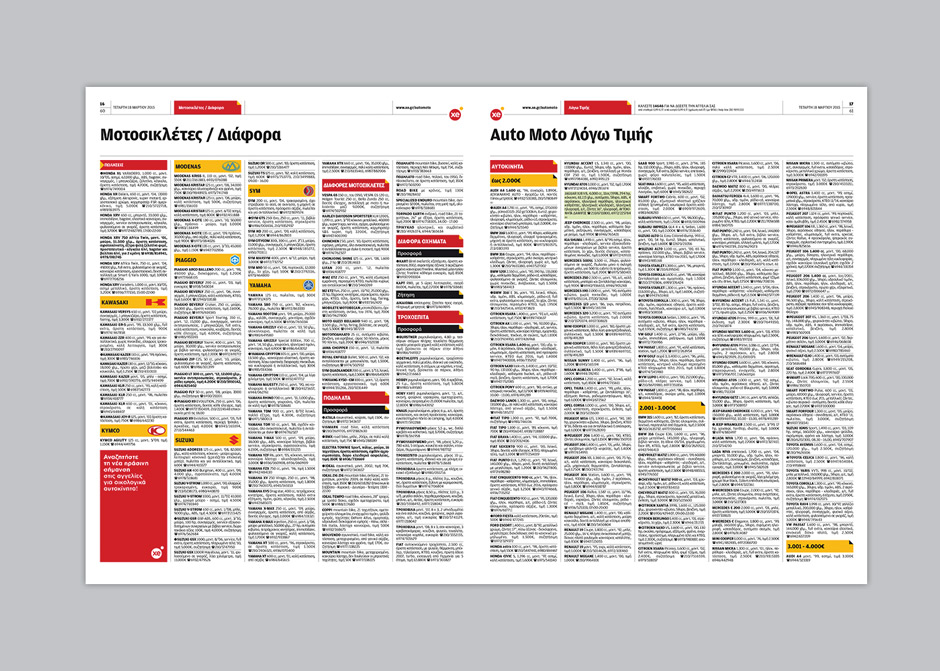 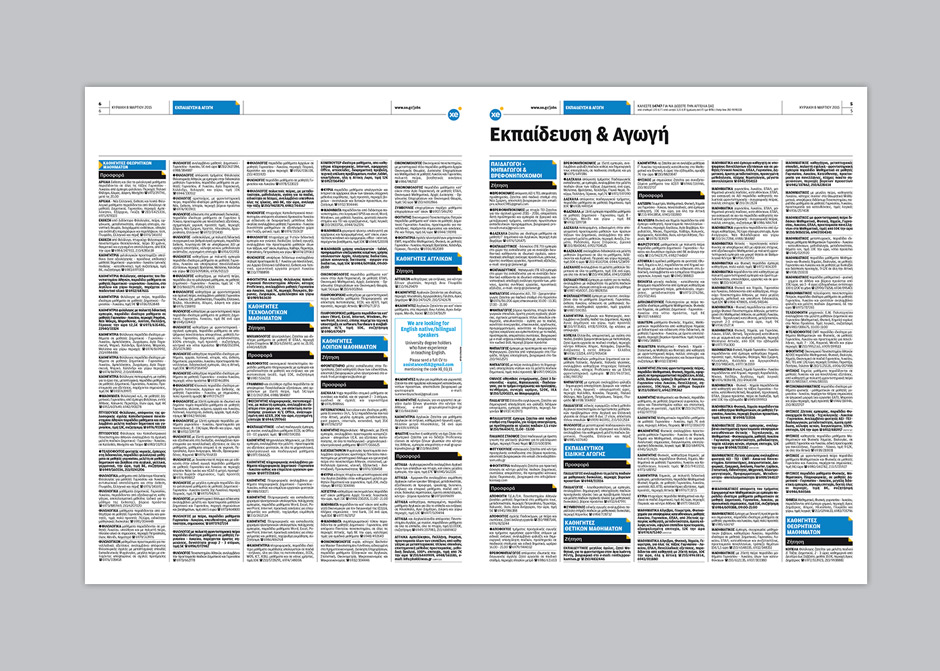 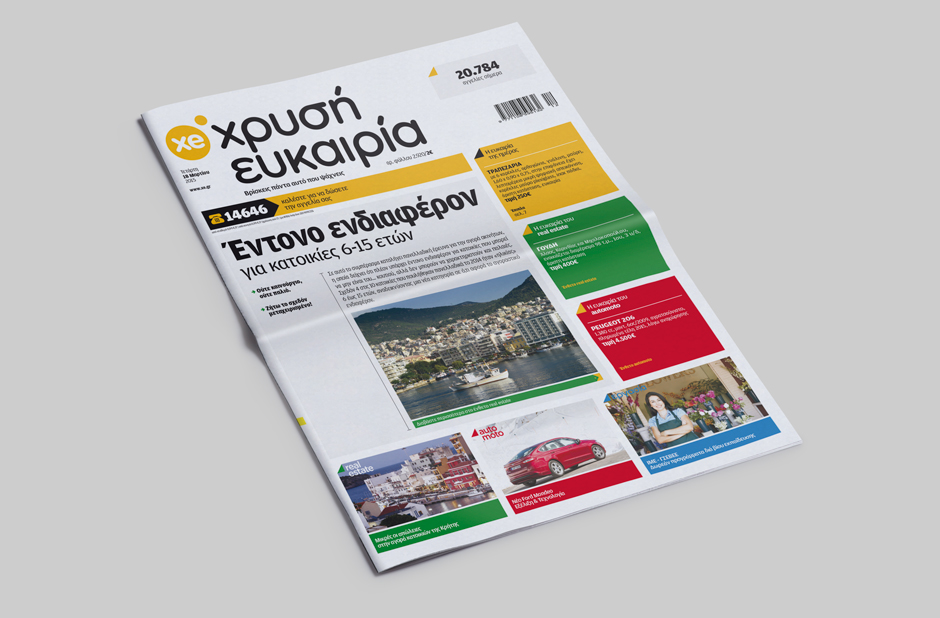 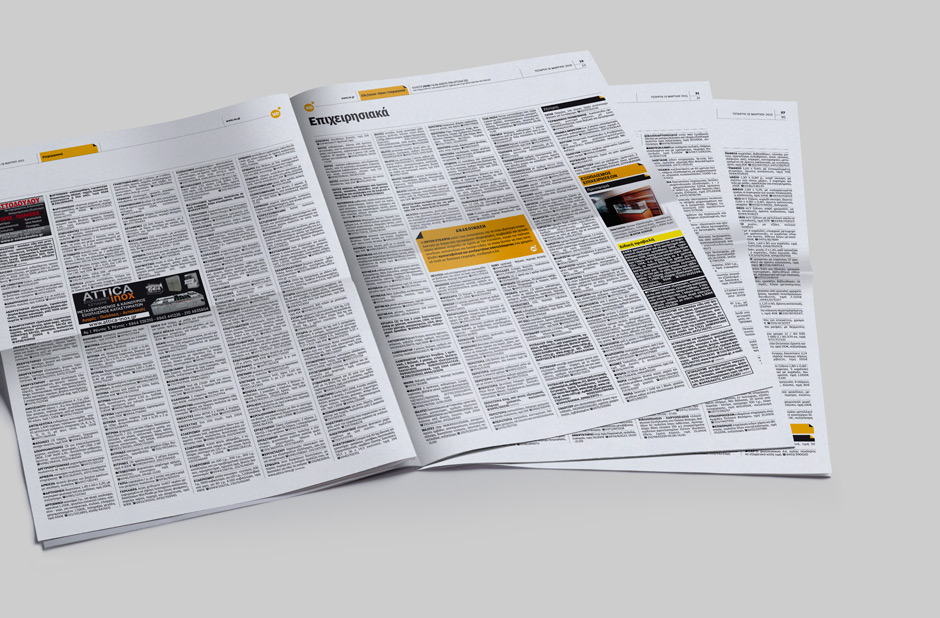 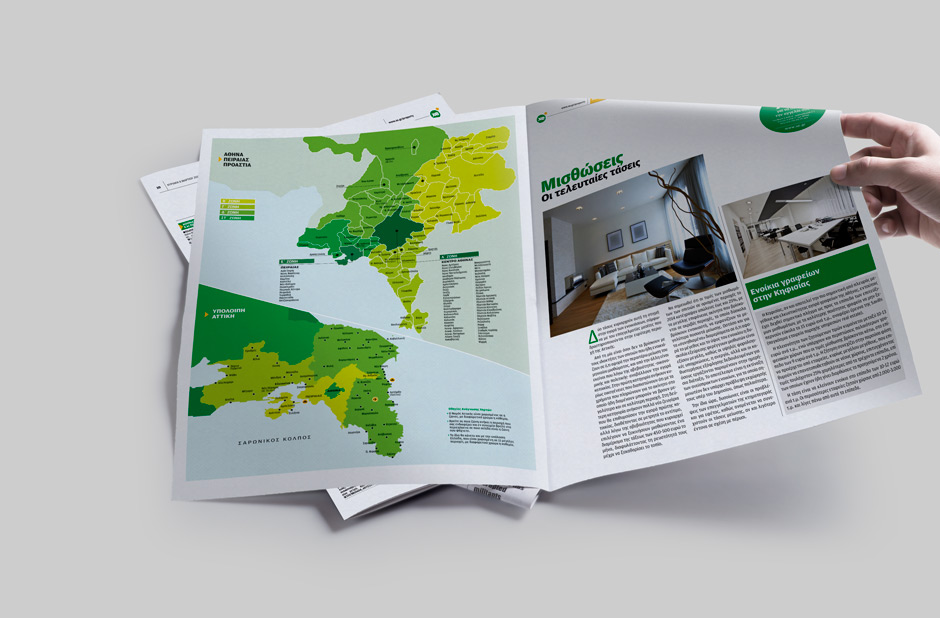 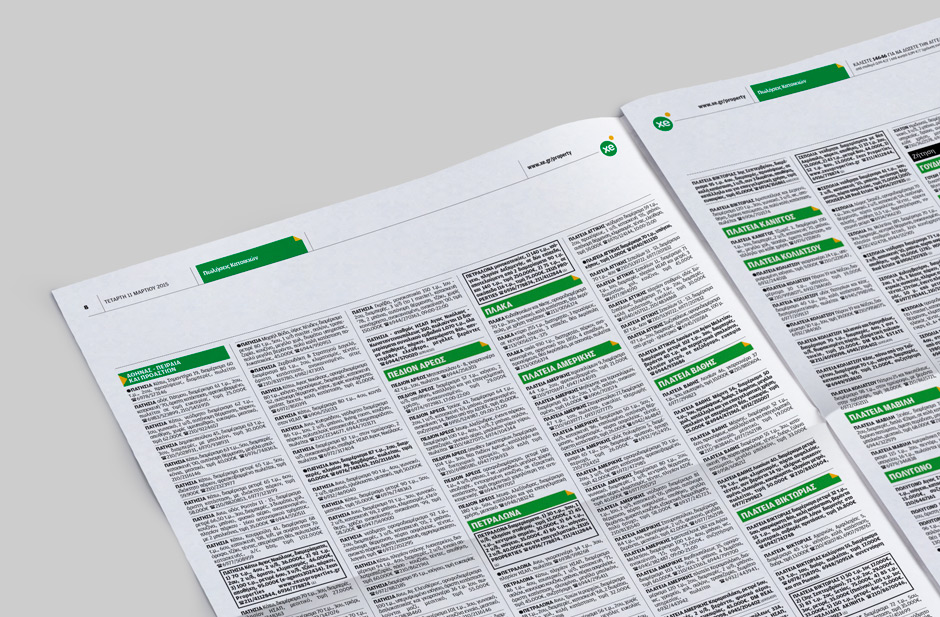 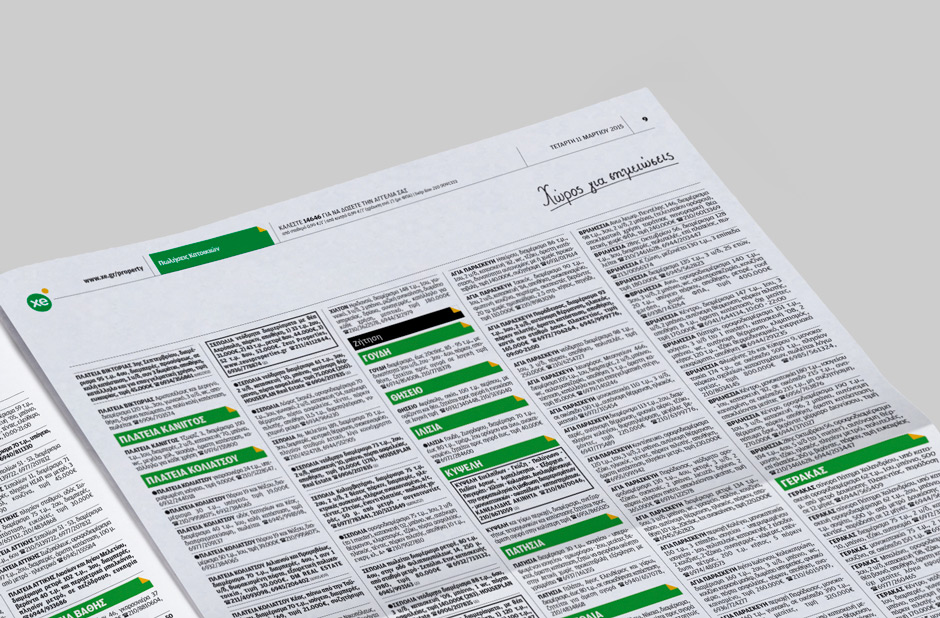 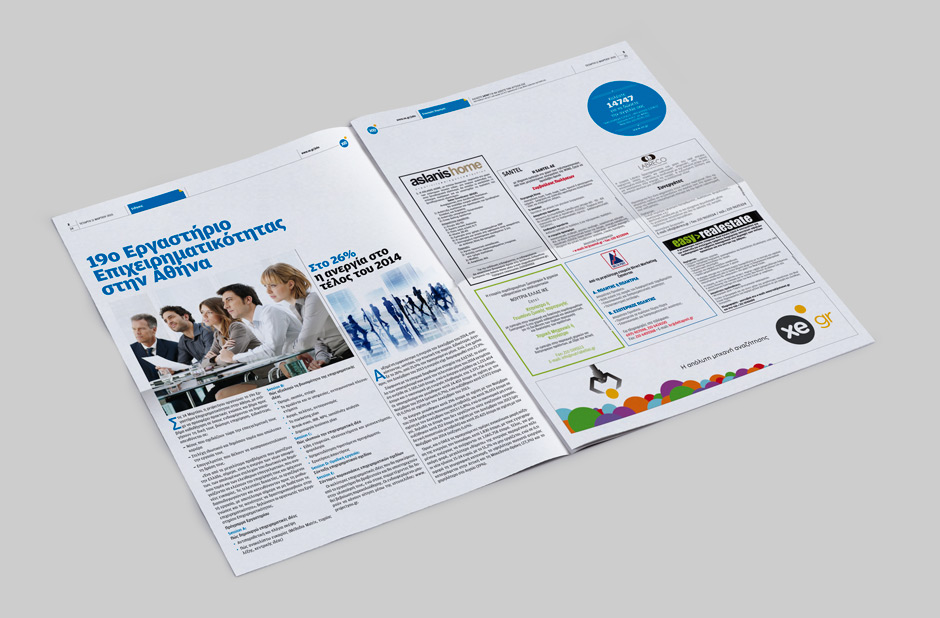